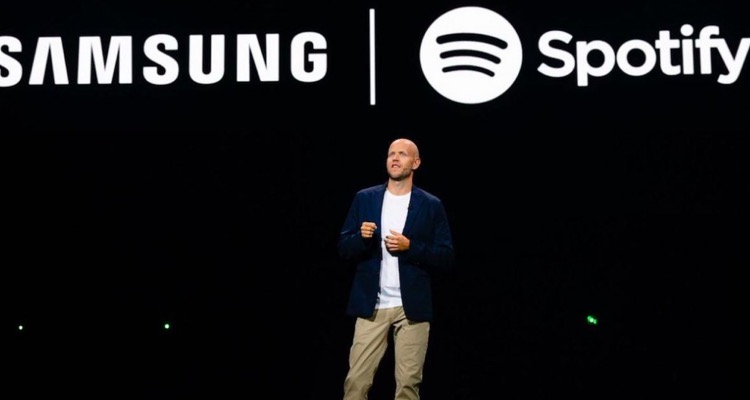 Apple Music’s got the iPhone and iOS. But now, Spotify’s got it’s own long-term relationship locked up.

On Thursday (August 9th) Samsung officially announced a ‘long-term partnership’ with Spotify.  The new deal will allow the streaming service to work as the “go-to music service provider” on all Samsung devices, and finally compete with the iOS mothership.

The ‘significant long-term partnership’ was announced during Thursday’s ‘Unpacked’ event.

The aim is to create a built-in streaming music experience, with a seamless device connection for users. Accordingly, Samsung’s ‘Bixby’ voice assistant will use Spotify as the preferred option to find and play music.

In some ways, that’s a resounding defeat for Milk, a music platform created by Samsung but ultimately retired in August of 2016.  Somehow, Samsung couldn’t propel Milk into a serious competitor, despite its hundreds of millions of potential users.  After years of effort, Milk enjoyed little name recognition among music fans.

That makes this a punt of sorts for Samsung, but a realistic way to compete with Apple.  Reportedly, the Samsung+Spotify music service will also be present when customers set up their Samsung devices for use.  Eventually, the integration will also extend between the SmartThings app and smart home functions or devices.

And these guys are definitely going for ‘seamless’.  In a Q&A about the partnership, it was noted that Spotify-powered music will play from device-to-device in different rooms, depending on where an individual goes.

The partnership’s strategy goes far beyond Apple, however.

Google and Amazon also utilize their own streaming music or video platforms as part of their broader device ecosystems.  And each of these technology giants offer their own smart devices such as Apple’s new HomePod speaker, the Google Home, and Amazon’s Echo or Fire TV devices.

In addition, Apple, Google, and Amazon run their own music and video services for customers.  Not all of these services “play nice together,” though.

Prior to this announcement, Spotify Connect was a feature available for Samsung hardware.

Connect allows users to play and control their preferred music on other devices, including Sony’s PlayStation 4, Amazon Echo, Fire TV, and a variety of wireless speakers, stereo receivers, and more.

CEO Daniel Ek said during the Unpacked event that this new partnership will “make discovering new music easier than ever” and mentioned there will be “more opportunities to come.”

But while Ek was talking, Apple was cooking up another mobile partnership with Verizon Wireless.