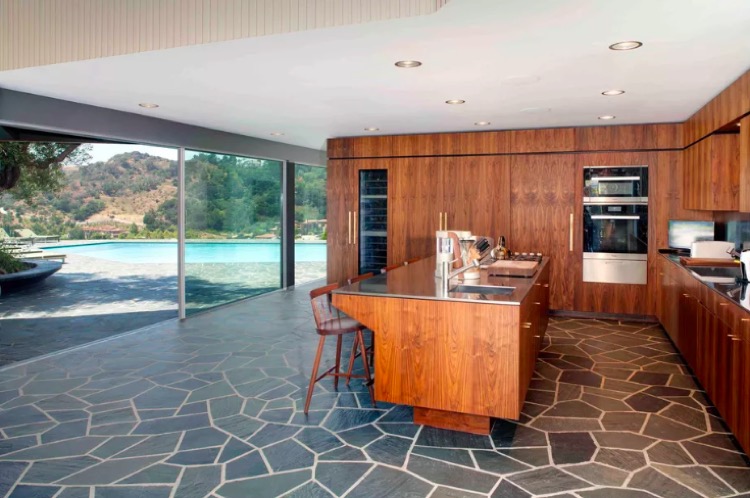 Singer John Mayer’s residence above Los Angeles has been burglarized and ransacked, according to police details emerging this morning.

Mayer’s luxurious pad overlooking Los Angeles was roughly robbed yesterday (Friday), with the stolen loot estimated at nearly $200,000. According to early details of the robbery, pricey musical equipment and jewelry (especially watches and timepieces) were the focus of the heist.

At this point, there are no suspects.  Though the circumstances surrounding this robbery are certainly suspicious.

Mayer’s home is understood to be in the pricey Benedict Canyon enclave of Los Angeles, nestled in the Santa Monica Mountains.  Benedict Canyon is adjacent to Beverly Hills, with both neighborhoods featuring multi-million dollar homes and extremely wealthy residents.

(A separate report indicates that Mayer’s home is technically in Beverly Crest, though we’ll be clarifying more details this afternoon).

Both neighborhoods are also heavily policed and monitored, either by private or public forces, making a break-in more difficult to pull off successfully.  Mayer’s home has an estimated value of $13.5 million, and was recently acquired from Adam Levine.

Apparently this wasn’t a clean break-in, either.

Instead, the thieves also ransacking Mayer’s home for unknown reasons.  Maybe the thieves harbored some personal vendetta, though they may have also been looking for something specific.

It’s also worth noting that it’s unclear how many people were involved in this crime.  This could have been a single-person job, though more likely this involved a coordinated team.

Local news outlet KCAL9 first reported the break-in.  Amazingly, the robbery appears to have happened at high noon, though that timing may have also been strategic.  According to the early crime report, the actually robbery was initially undetected, perhaps due to the partial seclusion of the home from street view (the neighborhood features lots of windy mountain roads, with homes often obscured to passersby).

A guard from a hired neighborhood security team reportedly noticed the break-in, though by that point the perpetrators had left the crime scene.

For Mayer, the robbery comes at a horrible time.  The singer recently underwent an emergency appendectomy, which resulted from acute appendicitis.  The operation forced a cancellation of multiple shows with Dead & Company, specifically in Florida and New Orleans.