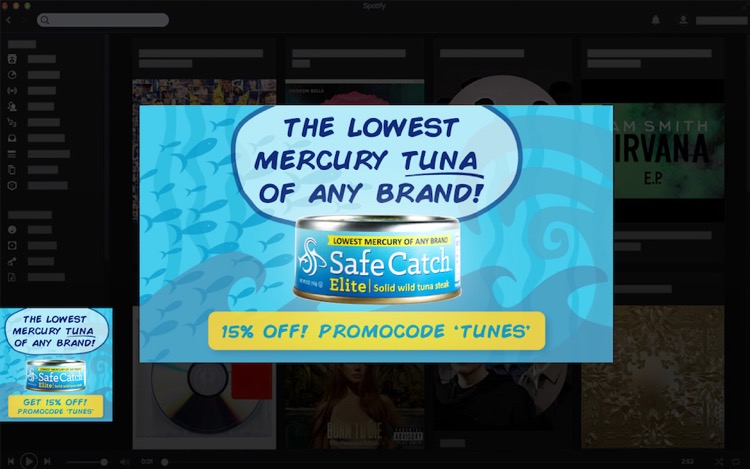 Spotify’s free users in Australia can skip as many ads as they want, thanks to a recently launched experiment in the country.  But will Spotify’s ‘hypothesis’ work?

For months, Spotify has been flirting with the concept of completely skippable ads.  Now, the streaming giant is actively testing the idea in Australia and monitoring the results.

According to AdAge, Spotify has been using Australia as a guinea pig to experiment with the novel idea.  Apparently, this experiment has been running since last month, though we’re not sure of any results yet.

One possible outcome is that users will actually listen to the ads they care about, thus creating a better affinity for advertisers.  Or at least that’s the idea.

“Our hypothesis is if we can use this to fuel our streaming intelligence, and deliver a more personalized experience and a more engaging audience to our advertisers, it will improve the outcomes that we can deliver for brands,” Daniel Lee, Spotify’s global head of partner solutions told the publication.

“Just as we create these personalized experiences like Discover Weekly, and the magic that brings to our consumers, we want to inject that concept into the advertising experience.”

Spotify has promised to refund advertisers for any ads skipped.

According to Spotify’s latest financial disclosure, ad-supported listeners just crossed the 100 million-mark, with ad revenue approaching $160 million.  That number could potentially increase with the right audio and video technologies, not to mention clever engagement tricks.

One obvious problem with the plan is simple laziness.

Already, data is strongly suggesting that freebie users care less about music and are far less engaged than paying fans.  So it’s entirely likely that those same users may simply lack the motivation to skip an undesirable ad, much less engage with a more interesting one.

In many cases, it’s less convenient to skip an ad than to simply endure it, especially while multi-tasking.  All of which makes it difficult to conclude that a free user likes an advertiser simply an ad wasn’t skipped.