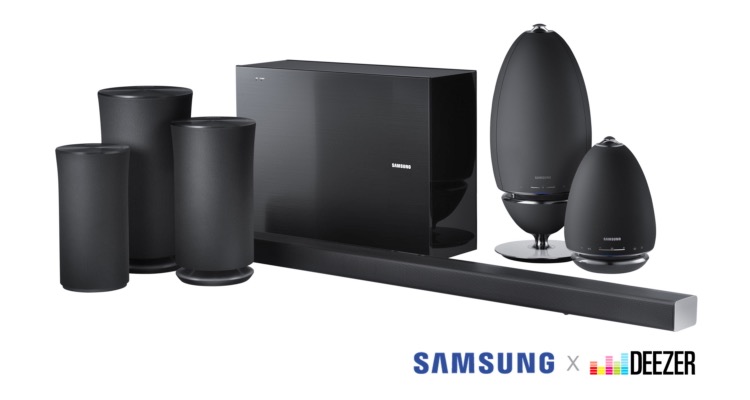 Last week, Samsung announced a high-profile partnership with Spotify.  But there’s another streaming deal that got totally overlooked.

It was another splashy deal for the high-flying streaming service.  Just last week, Spotify signed up to serve as the default streaming music service provider for Samsung’s smartphones and tablets.

Shares of Spotify surged, while analysts praised the savvy strategy play against Apple.

But the South Korean electronics giant has also been tying with music streaming company Deezer, specifically in high-fidelity.  The only problem: it was mostly overlooked outside of the audiophile community and high-end audio buyers.

Or maybe audiophiles simply aren’t a good market for a broad-reaching service like Spotify.  But Deezer has chosen to court the audiophiles with HiFi, which provides its subscribers with lossless FLAC music files with a library of more than 36 million tracks that are available ad-free.

It doesn’t appear as though the free HiFi subscription will apply to smartphones — and it probably wouldn’t make much sense given the recently inked deal with Spotify.  Samsung’s VP of AV marketing Taeho Park had plenty of praise for the deal between the two companies, noting that Samsung “has been working to continually enhance sound quality for our audio product and we are always thrilled to collaborate with key players in the space.”

Also Read:  Subscription Services Will Be the First to Go as Strapped Americans Cut Back, Survey Finds

Just recently, the Paris-based Deezer raised $185 million in funding, bringing the company’s total valuation to around $1.16 billion.  The company says it has about 14 million monthly active users, though its unclear if this new Samsung deal will significantly bump those numbers.

Meanwhile, the French music streaming service is expanding its reach into the Middle East.  A broad partnership between Rotana Group and the streaming music service will see Rotana’s unique selection of Arabic music available on Deezer’s service — and now on Samsung audio devices.