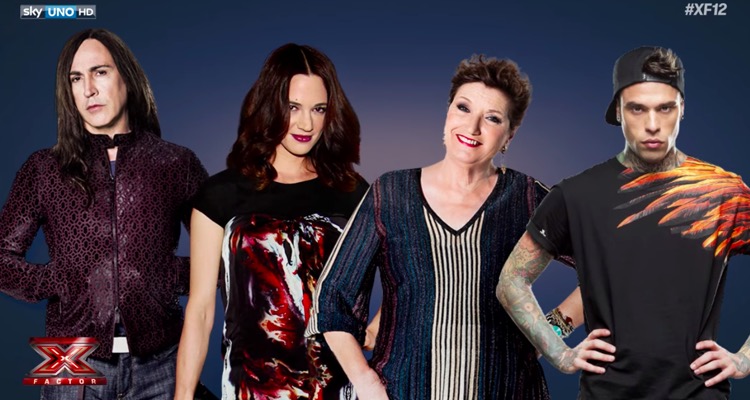 The X Factor Italy judges; Asia Argento (2nd from l) will be replaced.

After a series of child sexual abuse allegations, Asia Argento has been dropped from X Factor Italy.

The Italian actress will still appear in the first seven episodes of this season, starting in September, as those episodes were filmed over the summer.  But X Factor Italy’s live portion will begin on October 25th, with a replacement judge and 12 finalists.

Sky Italia said it chose to air the first seven episodes to avoid penalizing over 40,000 contestants who attended casting calls for one of the top 12 spots on the show.  The show’s broadcaster and producer have not commented publicly on the allegations that resulted in Argento’s removal from the live portion of the show.

Sky Italia previously stated that if the accusations proved to be true, they would have to “put an end to the collaboration.”

The fallout comes after actor Jimmy Bennett alleged that he received a $380,000 settlement to cover up his sexual encounter with Argento when he was only 17.   Argento says the payment was made by her boyfriend, the recently deceased chef Anthony Bourdain, but denies that she ever had sexual contact with Bennett.

Argento has yet to comment on her removal from X Factor Italy, but she has flatly denied that any sexual impropriety occurred between herself and Bennett.

Instead, she says she accepted the financial settlement at Bourdain’s urging to avoid any “long-standing persecution” of her character.

The allegations from Bennett stem from a 2013 encounter with the actress in a California hotel room.  The legal age of consent in California is 18 and Argento was acquainted with Bennett as he had a starring role as her son in the 2004 movie, The Heart is Deceitful Above All Things.

The allegations against Argento are poignant, given that she was one of the staunchest critics of Harvey Weinstein’s sexual misconduct. The high profile nature of those allegations eventually propelled the #MeToo movement to an entirely new level.