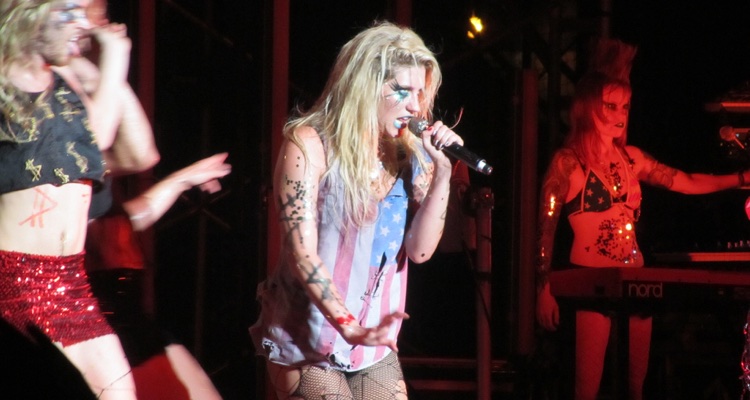 Songwriter and producer Dr. Luke has been embroiled in a long-running legal battle with Kesha, which came to a head this week with new evidence.

Kesha initially filed a lawsuit against producer Lukasz “Dr. Luke” Gottwald, stating that he sexually assaulted and abused her over a ten-year period.

Kesha started out as an 18-year-old performer fresh to Los Angeles.  She signed a six-album deal with Dr. Luke in 2005, with the first single “Tik Tok” dropping in 2010 and sitting at the top of the Billboard Hot 100 charts for nine weeks.

In 2014, Kesha filed a civil lawsuit in California against Dr. Luke, stating that he had sexually, physically, verbally, and emotionally abused her during their decade-long relationship.  But Dr. Luke’s legal team has repeatedly denied those accusations, calling it a “bogus complaint and part of a PR media blitz designed to create negative public pressure on Gottwald to give into Kesha’s contract demands.”

Now, Dr. Luke is pursuing a defamation lawsuit with damages that could surpass $40 million in damages.

The producer says his reputation has been massively damaged by rape allegations and a concerted smear campaign.

The producer’s legal team says alleged emails between Kesha’s managers suggested the team offered a “TMZ exclusive” to achieve maximum negative publicity against “Person L,” presumed to be Dr. Luke.  The emails further allege that the goal was to “help extricate Client K from her currently professional relationship with Person L.”

Another email chain between Kesha’s two managers, Jack Rovner and Ken Levitan, says “let’s battle in the press. Take down his business.” Rovner replied that he’s “all for public execution.”

“There is nothing worse than abuse and sexual assault.  Dr. Luke supports any woman or man who seeks to address sexual abuse in the legal system.  That is not what happened here.  It is also horrendous to falsely accuse someone of a heinous act.”

Another bombshell came when Dr. Luke’s legal team revealed an unsealed deposition from Katy Perry in which the singer denied ever having a sexual or romantic relationship with Dr. Luke.

Despite the legal battle, Kesha’s attempts to nullify her contract have failed. Her 2017 album Rainbow was distributed through RCA Records and Kemosabe, the label co-founded by Dr. Luke.