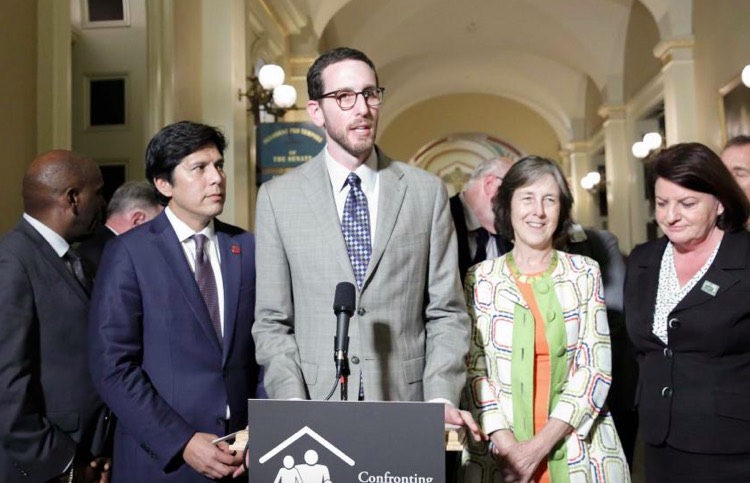 The vote was a decisive 23-11, one that followed an equally lopsided vote in the California State Assembly on Thursday.

The bill offers a powerful reaction to a recent repeal of net neutrality provisions by the Federal Communication Commission (FCC).  That repeal was passed against a torrent of protests, and led to sharp reactions from states — including California.  Already, the states of Washington and Oregon have passed net neutrality laws of their own, with New York also threatening to pass a very tough law.

The situation is being closely watched by major online media platforms, including streaming music giants.  Currently, ISPs have the power to throttle whatever streaming platform they choose, while favoring others.  That could introduce some very tricky power dynamics, with platforms like Spotify forced to pay for unfettered access, or cede bandwidth to ISP-owned competitors.

At this stage, it’s unclear where Brown stands on the measure.  Net neutrality has emerged as a major political issue in the state, especially following a high-profile PR mess involving Verizon.  Earlier this month, Verizon was found to be severely throttling bandwidth to firefighters in Mendocino, while demanding extra payment for added data.V

Verizon’s throttling crippled emergency crews, and led to a petition from 1,000 first responders to open internet access for emergency services.  Verizon ultimately relented, but not before accidentally refueling interest in the net neutrality issue.

Meanwhile, powerful ISPs have promised to battle the net neutrality bill in court if it’s passed into law.  But that could prove difficult, with the bill shaped by advisors like the Electronic Frontier Foundation (EFF) and the Stanford Law School.  Both groups designed the measure with ISP legal challenges in mind.

Elsewhere, other state leaders have been highly supportive of the bill.  That includes House Minority Leader Nancy Pelosi and California Senator Kamala Harris, both of whom have blasted the FCC’s net neutrality removal.