Top Musical.ly Stars are Bailing on the Platform 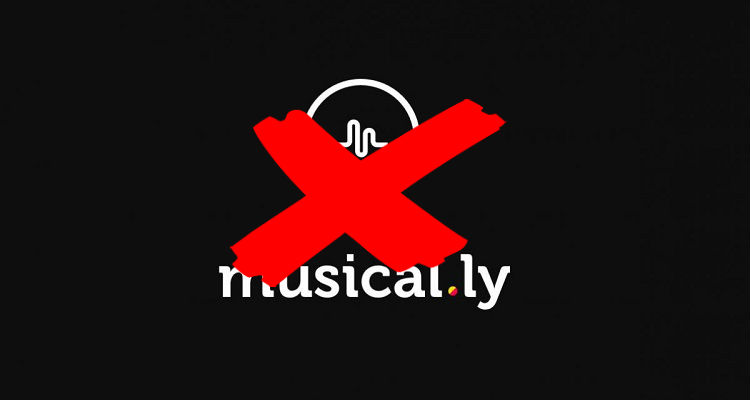 Frustrating and silencing its top creators, Musical.ly’s shift to TikTok has proven its death knell.

The company, which owns popular Chinese news aggregator app Toutiao, would pay between $800 million and $1 billion to acquire Musical.ly.

The purchase, at first glance, made sense for Bytedance.  4 years ago, multiple VC funds had pushed Musical.ly’s valuation to $500 million a year earlier.

In addition, ByteDance’s Tuotiao app has over 120 million monthly active users (MAUs).  Claiming over 200 million registered users, Musical.ly had around 100 million MAUs last year, most of whom reside in the US.

Did Bytedance overpay for a struggling social media platform?

Right after its purchase, Midia Research published an interesting report.

Underscoring the app’s struggle to branch out and engage with a new audience through innovation, Midia wrote,

“The problem for Musical.ly is that Snapchat and Instagram do a great job of this for these consumers, too.  Musical.ly became a one trick pony that suffered from not being able to use its core functionality as a beachhead for something much bigger.”

So, how have Bytedance and Musical.ly responded?  Have they rolled out innovative new features to engage a growing audience disillusioned with Facebook and Instagram?

In an incredibly unpopular move, the app’s parent company shut down the popular and well-established app.  Rebranding Musical.ly as TikTok several weeks ago, Bytedance forced users to a revamped version of its wholly-owned competitor.

Now, Musical.ly doesn’t just have a shrinking audience problem.  Its major stars are also bailing, too.

According to Stefan Heinrich, Head of Global Marketing at TikTok, the decision to shut down and forcibly migrate Musical.ly’s sizeable user base “better reflects the breadth of content created on our platform that extends beyond music to comedy, performance art, and more.”

Tell that to Musical.ly’s major stars who have now bailed on the app.

According to a source speaking with Digital Music News, multiple stars have now left the app in favor of Triller.

Kristen Hancher, for example, loves keeping her fans updated on the daily happenings of her life.  On Instagram, the Canadian singer, dancer, soccer player, and actress has 5.3 million followers sharing her love of dubstep and Taco Bell.

In the past several years, Hancher has earned over 21 million followers on Musical.ly – now TikTok.  Disappointed with the app’s low monetization opportunities, she’s jumped ship to Triller.  The description on her final posted video on TikTok merely states,

She’s not the only one.

Per the source, Bart Baker (5.2 million), Polish star Alina (1.7 million), and Shmateo (2.9 million on Instagram) have also fled to Triller.  The app claims to offer “better monetization opportunities with brand and label sponsorships.”

Posting a similar claim as Kristen Hancher, Alina posted a 5-second video that only states,

Tick tock, tick tock, TikTok – Does the company know its time is up?

On her TikTok page, Kristen Hancher posted a frank 46-second video explaining why she made the shift.

“Okay, so the reason I don’t use Musical.ly/TikTok anymore is because since it went under new management, their values changed.  And, I don’t agree with those values.  (I can’t get that much into what, you know.)  But, it has really nothing to do with you guys at all.  So, don’t take it personally whatsoever.

“It’s just the app itself.  So, that’s why whenever I’ve been posting on this app, it’s to promote Triller, my YouTube, or something.  But, yeah. I know you guys are confused about that.  I hope this gives you some intel as to why.

“But, yeah, I hope you guys want to follow me on this journey.  I don’t want to lose any of you guys because I don’t use the app anymore.  But, yeah, that’s pretty much it.”

Instead of addressing the issues directly with Hancher or her millions of fans, TikTok quickly pulled down the video.  TikTok has also taken down Alina’s video promoting her page on Triller.