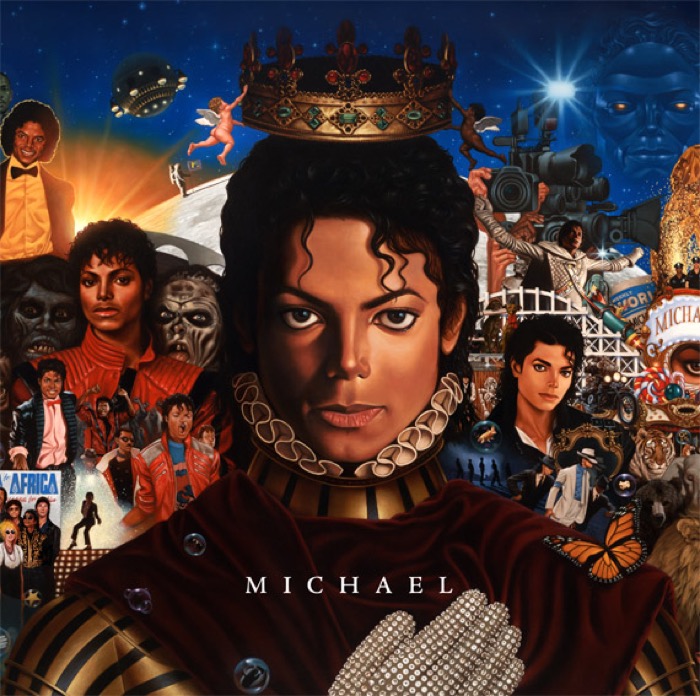 Michael, the 2010 posthumous Michael Jackson album that allegedly contains tracks sung by an imposter. Just recently, a judge absolved Sony Music of any responsibility in the matter.

When can we expect a new album from the late Michael Jackson? Not anytime soon, says Sony Music’s CEO.

Perhaps the label is tapping the brakes on releasing music from the late pop singer.  Sony Music’s 2010 album Michael prompted a hardcore fan to launch a class action lawsuit in 2014, alleging that three songs on the album were from an impersonator rather than Jackson himself.

That was a close one — though probably a nerve-racking episode for Sony.

So what’s next on the docket from Jackson’s recorded materials?  Nothing at the moment, according to Sony Music Entertainment chief executive Rob Stringer.

“We’re constantly scouring the catalog for ideas, but there are no plans at the moment to put any more full-fledged albums out,” Stringer relayed.  “We are looking at one-off songs, and in this streaming world that works because it’s a track-based world.

“There are a few gems out there that we may unearth individually over the next months and years, but we’re also very, very careful to make sure the fan base doesn’t feel like they’ve been asked yet again to buy material they have.”

The Jackson estate has been receptive to artists making compilation tracks featuring Michael’s vocals, as evidenced by Drake’s usage of an unreleased Jackson vocal on his album Scorpion, which debuted this June.

According to reports, the track used in the album came from a 1983 session involving Jackson and Paul Anka.  The unreleased track was floated to several artists before Drake used the clip after hearing it.  While no new material is planned under Sony’s umbrella, that doesn’t mean fans won’t have anything new from Michael to enjoy.

Collaborators like Mark Ronson continue to honor the king of pop’s memory.

The superstar producer just released a ‘Diamonds Are Invincible’ remix in honor of Jackson’s 60th birthday.  The five-minute track weaves together hits like ‘Billie Jean,’ ‘Smooth Criminal,’ ‘The Way You Make Me Feel,’ ‘Human Nature,’ and more to create a haunting experience.

Well worth the listen.