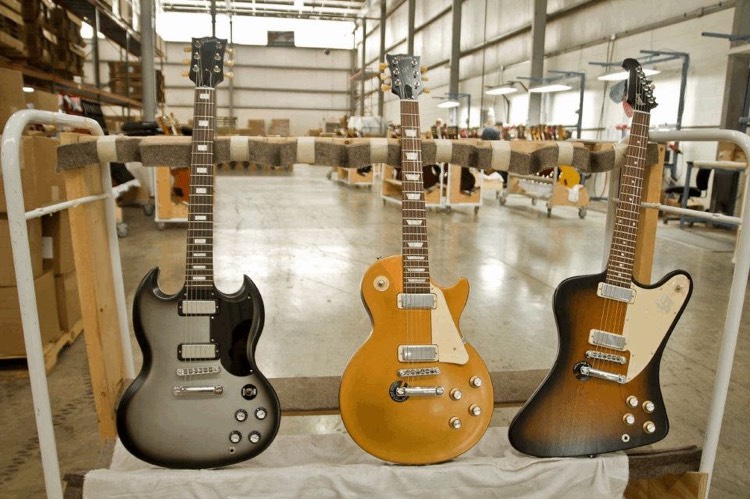 This may ultimately be Gibson’s death blow: a $60 million lawsuit from Germany’s Tronical GmBH for non-payment on auto-tuning tech that Gibson users evidently opted not to use.

Gibson is currently attempting to dismiss the lawsuit in bankruptcy court, according to filings just shared with Digital Music News.  And unfortunately for Tronical, there’s a distinct possibility that the entire $60 million will be written off.

Tronical alleges that it’s been roundly stiffed, and they’re certainly not alone.  Sadly, bankruptcy court could be the perfect escape plan for Gibson, despite evidence of continued overspending by the company.

Just recently, DMN learned that Gibson was sponsoring a contest to find a theme song for the ‘Don’t Mess With Texas’ anti-littering campaign.  Ironically, the other sponsor was the similarly-bankrupt iHeartMedia, raising all sorts of messy questions.

Gibson is now looking for a new CEO after effectively firing co-founder Henry Juszkiewicz from the role.

However the issue is resolved in the end, the example of Gibson is now a warning to businesses rather than a guide to success.

Once setting the standard for excellence in guitar production, the company looks to be a shadow of its former self.  The company has been accused of shortchanging customers with image over substance, and failing to keep up with an ever-changing music industry that is increasingly turning to laptop computers instead of guitars.

It’s difficult to pinpoint why Gibson has had so many difficult years as of late, but the company’s recent switch to a low-cost, high-profit business model has had many fans worried for some time.  Indeed, rumors abounded that the once-storied Les Paul was now being built with lower quality workmanship in order to save the company on construction costs.

Hushed stories told from one fan to the next described a corporate culture in which Gibson was attempting to use its enormous reputation and image to reap huge profits off of its dedicated user base, all while sacrificing the beautiful handiwork that was central to the brand’s prestige among musicians.

Among guitarists, two brands of the electrified version of the instrument tended to be regarded with legendary status.

That would be Fender, which had changed the way that electric guitars were built with the advent of the Stratocaster, the guitar favored by everyone from Jimi Hendrix to Eric Clapton, among other guitar legends too numerous to name; and Gibson, which with the mighty Les Paul model of guitar became the brand associated with Jimmy Page of Led Zeppelin and Slash of Guns N’ Roses.

With its “humbucker”-style pickups and heavy frame, the Gibson Les Paul tended to be favored by composers of “heavier” music (although Eddie Van Halen would later fuse the bluesy rock favored by Stratocaster diehards with the distorted “humbucker” style of metal favored by Les Paul fans), and the development of the model is largely responsible for driving forward the style of music known as heavy metal.

Gibson also pioneered the use of another legendary guitar, the SG, which was the favorite guitar of Black Sabbath’s Tony Iommi and AC/DC’s Angus Young, the forerunners of the fast, iron-heavy music developed by Metallica and Slayer.

As if that were not enough of a rock pedigree, Gibson was also once legendary among acoustic guitarists, who for decades viewed Gibson as only second in quality to the unassailable C.F. Martin & Company and their flagship D28 guitar. But while Gibson’s status among guitar aficionados was often overshadowed only by Fender or Martin instruments, its recent troubles have obliterated its once legendary status.

Gibson’s narrative arc should be a lesson to any company focused on long-term sustainability. And that is the truly tragic element of the tale.

You can see Gibson’s motion to dismiss Tronical’s claims here.