Cities of Chicago, Boston, Seattle + 24 Others Join the Fight for Net Neutrality 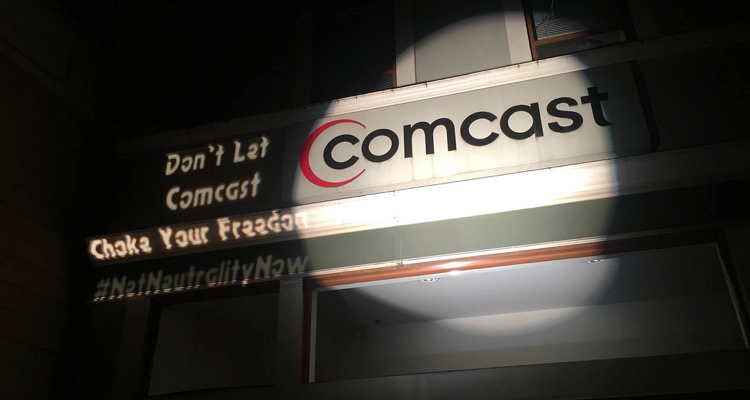 As California inches closer to passing a tough net neutrality law, 27 cities and counties across the United States are supporting a lawsuit against the FCC’s repeal of net neutrality rules.

The fight recently reached a breaking point after California firefighters had their data access throttled by Verizon during their wildfire response efforts.  Verizon ultimately changed their policies on throttling to emergency services, though the damage may have been done.

Now, major cities and municipalities are joining the fight as protests against the net neutrality rollback intensify.  Just ahead of the Labor Day weekend, Seattle City Attorney Pete Holmes and mayor Jenny Durkan announced that the city of Seattle would be joining a coalition of 27 other cities in a lawsuit filed against the FCC.

The group has now filed a formal amicus brief in litigation against the FCC.

The leaders of these cities are hoping a U.S. Appeals Court will strike down the FCC order repealing net neutrality, saying it strips cities of their ability to provide critical services to its residents.

Mayor Durkan had particularly harsh words for the FCC’s repeal.

“Cities across the country are rejecting the reckless and irresponsible decision by the FCC to dismantle open internet protections,” Durkan stated.  “A free and open internet forms the backbone of the 21st-century economy and allowing internet providers the ability to throttle or deny access to the internet contradicts the fundamental democratic principle of net neutrality.”

“Fair and open access to the internet levels the playing field for businesses, empowers community organizing, and enables access to education opportunities for people across the nation. Internet service providers should not have the power to decide which services communities across the country can access online.”

The amicus brief filed alleges that cities will be negatively impacted by telecoms’ ability to throttle, block, or prioritize web-based traffic according to payments made.

That may have been recently validated, considering the Santa Clara County Fire department experienced throttling after they exceeded their “unlimited” plan’s data limits. Verizon said the firefighters would need to pay more for another plan at more than twice the cost to prevent throttling in the future.

That created bureaucratic delays as the firefighters attempted to get the extra charges approved — while Verizon refused to make any emergency changes.  That caused interminable delays on-the-ground during one of the country’s worst wildfires.

Now two Democratic U.S. Senators are seeking answers from the FCC about its actions. 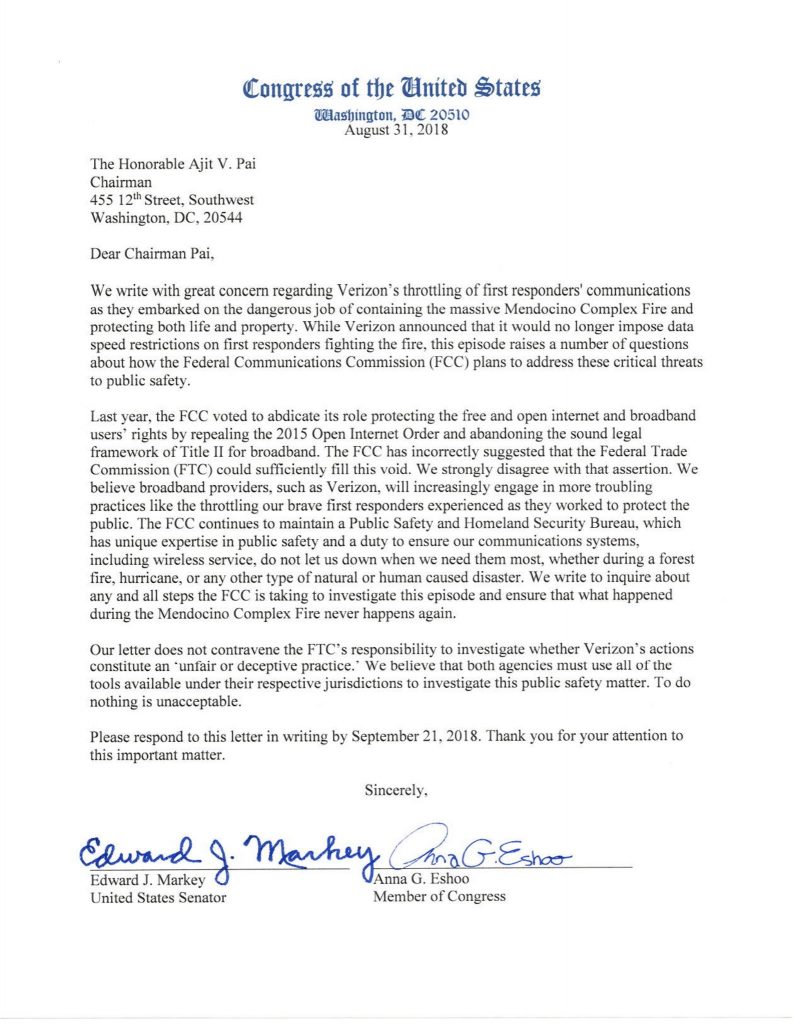 Other municipalities that have signed onto the Mozilla v. FCC brief include: