3 Years Ago, The Ghost Inside’s Drummer Lost His Leg In a Bus Accident. Now, He’s Back Playing Double-Kick Drums at Nearly 100% His Former Ability 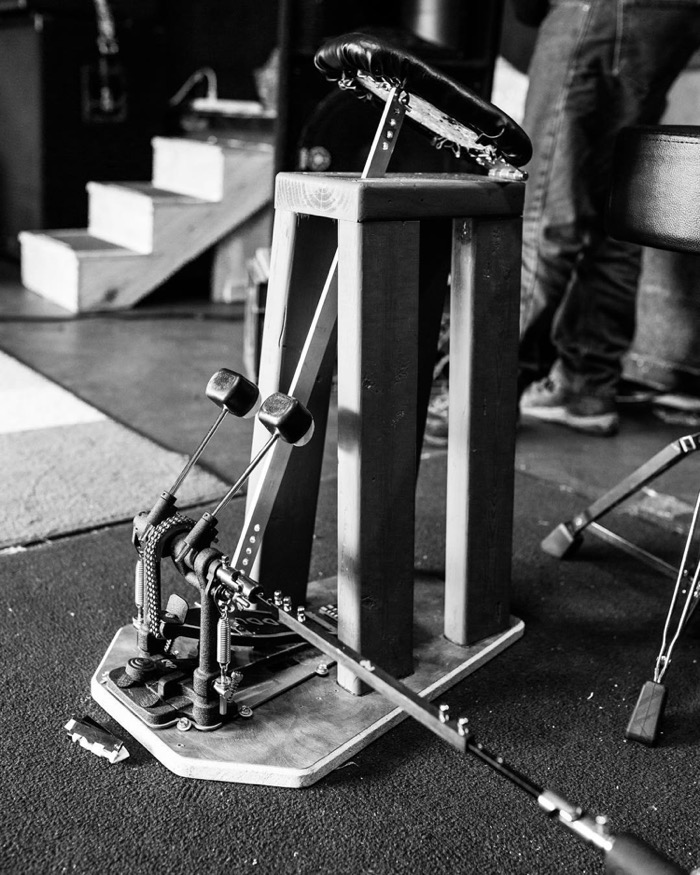 After a near-fatal bus crash in 2015 cost The Ghost Inside drummer Andrew Tkaczyk his leg, he never thought he would play the drums again.  Tkaczyk suffered head trauma, broken bones, and a shoulder injury that has required intense therapy to overcome.

Now, almost three years after that crash, Tkaczyk says he believes he’s close to performing as well as he did before the accident.  Tkaczyk was fitted with a new prosthetic, and his dad helped craft a unique device to help him drum without his missing leg (see above).

The accident itself happened bear El Paso, TX, when a truck collided head-on with The Ghost Inside’s bus.  The driver of the bus was killed, and other members of the group sustained serious injuries.  The tour was quickly cancelled, and the future prospects for the group seemed dim.

Tkaczyk’s father pushed the idea of a reinvented drum kit to accommodate a prosthetic leg.  One of the early challenges for Tkaczyk was the amount of pressure needed to control the prosthetic.  That caused him to become very tired in a short time, and created lots of lag time.

So Tkaczyk’s father reworked the idea.

In a post on Instagram, Tkaczyk described his dad as a handyman and showed off pictures of the device his dad created to help him drum with just his thigh.

That post is from May 28th and Tkaczyk says, “I still have a long way to go before I get it 100%, but it’s absolutely the right direction to go in terms of playing as close to my full potential as possible.”

It was working, but required a lot of hours of practice to get it right.  Which is exactly what Tkaczyk put in.

A new post from August 28th features a video of Tkaczyk using the device to play a set that sounds great. He says he’ll never perform as well as he did with two legs, but this is the closest he’s been since the accident happened.

Tkaczyk says there are three keys to making the rig work for him.

The first is the hammer device created by his dad that connects to a trigger setup with pedals so Tkaczyk can re-create the sounds much more comfortable and without as much fatigue as with the prosthetic.

“Beyond a shadow of a doubt the last two and a half years has been the hardest and darkest time I’ve ever faced. There were times when I felt like giving up,” Tkaczyk said in another post on Instagram describing his recovery process.

The band has stated they have intentions of staying together and creating new music once everyone is 100% ready to go again. As of right now, there aren’t any tour dates lined up.  But the group is hopeful that they’ll be able to get back on the road, and make up for three years of missed dates.