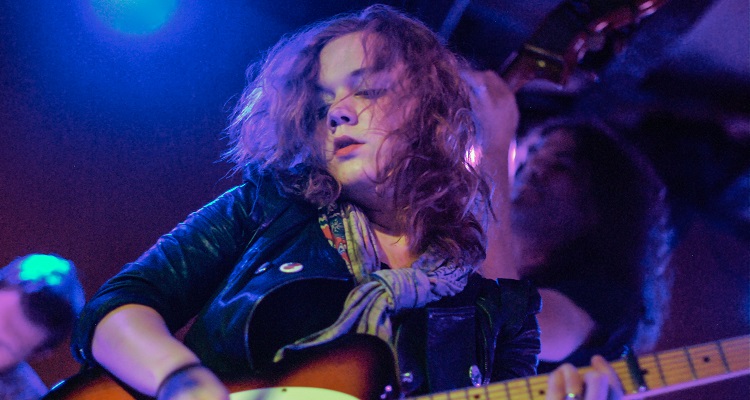 Humbolt, an indie-centered streaming music service, vows to pay artists and labels their fair share.  Yet, even before its launch, the company has failed to answer one key question – why should music fans and artists choose this clearly inexperienced service?

According to David Crosby, don’t expect to get paid very much on streaming music services if you’re an artist.

Despite earning $1.49 billion in revenue during the second fiscal quarter of 2018, Spotify only pays artists approximately  $0.00437 per stream, according to data disseminated by artists and labels.  Napster, with fewer subscribers, pays more than quadruple that amount.  And, unlike Spotify, the service manages to turn a profit.

So, where does most of the money generated on these services go?  Major labels, tech companies, and radio stations keep the majority.  According to a report by Citi, artists receive just under 12% of what the music industry generates each year.

Now, one new streaming music service claims it will finally pay back artists their fair share of royalties.  And, it will provide incentives and rewards to listeners who willingly line up behind the service.

Humbolt claims to have signed deals with over 2 dozens labels, including Omnian Music Group and Bloodshot Records.

So, what makes this service different than all the rest?

According to founder and CEO David O’Brien, the $2.99/month fee goes directly to indie artists and labels.  This allows him to claim Humbolt gives “more money back into the independent market than any other streaming service.”

Explaining his vision for the service, Humbolt adds,

“As a former musician, I wanted to create Humbolt in order to bring great and unique music to the masses while also supporting the indie music industry in a sustainable way.  We believe that, in this new streaming economy, every artist and label should benefit directly from their fans.”

The service also allows artists and labels to directly control their content directly to their audience.

But, why should you use Humbolt?

But, the service faces a few key problems it has yet to address.

So, don’t expect to find Drake or Cardi B’s next album on the service.  Looking at Spotify and Apple Music’s recent numbers, that’s what the majority of music fans want to enjoy.

Second, not much is known about the company nor its reputation.  Even less about its team members.

If the company gives 100% of the $2.99 per month subscription fee to artists and labels, how will it sustain itself?

Third, Humbolt has built its business model around people desperately yearning to support their favorite indie artists on streaming.

“You should use Humbolt if you value helping small businesses, are an ethical shopper, and favor supporting independent artists.”

But, how many people actually want to pay extra on top of their existing music service subscriptions just to support indie artists?  After all, you can already find Bloodshot Records and Omnian Music Group’s catalog – along with other indie labels – on free streaming services.

Sadly, the brutal reality seems to be that consumers are less concerned about artist payouts.  And look no further than the wildly-successful YouTube Music and Spotify for evidence of this.

But other workaround are emerging.  Currently, many indie artists already use more profitable and established online platforms to raise money – Patreon and Bandcamp, for example.

So, how do O’Brien and his team expect to convince listeners to pay for Humbolt?

Clearly, the company hasn’t thought about these questions too much.

Placing more importance on its own unproven – and frankly, unsustainable – business model, the company writes,

“We think we are more impactful to the independent music community than any other platform out there today and we hope that our business model helps shape other startups to reward their partners rather than squeeze them out.”

Even worse, Humbolt doesn’t have agreements with CD Baby or Ditto Music.  It’s also available on an invite-only basis.  So, if you’re an indie artist, don’t expect to be accepted right away and start earning cash.

For artists to sign up, they’ll have to submit their information to the company for an individual review.  Humbolt promises to review each submission “on a case by case basis.”  Unfortunately, the company doesn’t state what will happen once they reject an indie artist.

At first glance, Humbolt appears to be a promising and inexpensive indie-centered streaming music service.  Unfortunately, the clearly inexperienced company has yet to prove why listeners – and even artists – should use the platform.

“Why pay $2.99 for a service that can’t meet the needs of indie artists and their listeners, or even its own?”

That’s not very logical.  Nor ‘ethical.’