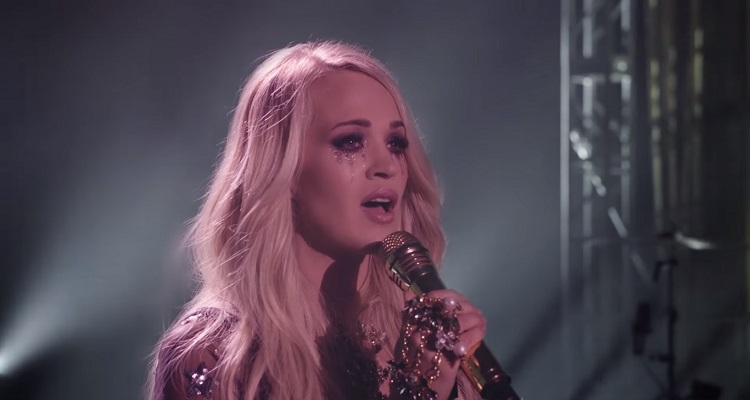 Are women on the decline in country music?

Speaking on Women Want to Hear Women, a podcast show, Carrie Underwood said the number of female country stars on the radio has decreased substantially.

“You think about all of the little girls that are sitting at home saying, ‘I want to be a country music singer.’  What do you tell them?  How do you look at them and say, ‘Well, just work hard sweetie and you can do it’ when that’s not the case right now.

The Advertising Standards Authority (ASA) made the announcement after the fraudulent secondary ticketing platform changed how it would publish prices on its platform.

In a statement, an ASA spokesperson said,

“We have secured changes to the pricing information appearing on the website of secondary ticketing provider Viagogo, so that consumers aren’t misled.  As a result of our work, pricing information will now be made clear with one single price, containing both VAT and the compulsory booking fee, quoted upfront at the start of the consumer journey.”

Viagogo accused Stuart Galbraith, CEO of Kilimanjaro, of “confiscating thousands of genuine tickets at the gate, forcing fans to buy new tickets, and pocketing millions of pounds in duplicate sales.”  Kilimanjaro had canceled over 10,000 tickets last May after secondary ticketing platforms – namely Viagogo – sold the illicitly-obtained tickets against Sheeran’s wishes.

Lambasting Viagogo over their shady practices, Stuart Galbraith said then,

“We’re achieving exactly what Ed wanted, which is ‘we want you to come in and pay this [fixed] price.  The only agency which listed [resale tickets] against our wishes and ignored all our correspondence was Viagogo.”

Say farewell to your MP3s and prepare to pay more, Florida inmates.

Because instead of telling countries to produce quality content, politicians should force streaming services to do it.

Under a proposed law by the European Commission, streaming services would forcibly have to produce 30% of their on-demand catalogs in Europe.  Individual countries could require the services to produce up to 40%.

In addition, streaming services – not the European Union or member countries – would have to fund the content produced.  The move would affect streaming video services – Netflix, Amazon, and others – but could later extend to music services – Spotify, Apple Music, Deezer, etc.

“We just need the final vote, but it’s a mere formality.”

Ozzy Osbourne announces farewell tour in the UK and Ireland.

Osbourne’s lengthy farewell tour will kick off on January 30th, 2019 in Dublin and will run until 2020.  Complete tour dates have not been announced.

Carlile’s multi-year deal with Atlas includes her back catalog as well as her future works.  The worldwide deal goes into effect in January 2019.

Founder and CEO Richard Stumpf has also announced Atlas will open a new office in Nashville.  Tracy Gershon, a veteran Nashville executive, will serve as a consultant.

Third Side Music signs a worldwide administration deal for the Soundway Catalog.

Cassie Gilbert will now serve as Sales Director for Australia and New Zealand.  She replaces Andrea Ingham, who left the company to join BuzzFeed.

Gilbert joined Spotify as Sales Manager several years ago and had received a promotion in 2014, serving as Senior Sales Manager.  She previously worked at Imagine Publishing, Dennis Publishing, and the Weather Channel.

Jacqueline Saturn will now serve as President of Caroline, Universal Music Group’s distribution and services arm.  She’ll lead the company’s 50-person team, overseeing all aspects of the business, including artist and label signings, partnerships, strategic planning, and alliances with Caroline International’s 11 offices outside the US.

Owens, an influential Nashville music executive, has passed away following a heart attack.  He was diagnosed with End Stage Renal Disease and had recently served as the Vice President of Creative at indie music publisher Sea Gayle Music.

In addition to a benefit concert – Music for Mike – organizers have opened a GoFundMe page to help his wife and daughter with expenses.