Dr. Luke Scores a Major Victory in His $40 Million Defamation Lawsuit Against Kesha 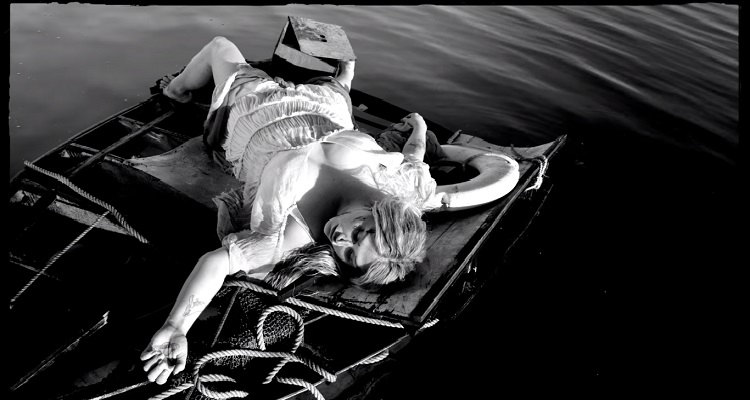 Judge Schecter will allow Lukas ‘Dr. Luke’ Gottwald and his legal team to present documents alleging that she planned a smear campaign against the famed producer.

But, what’s this case all about?

In 2014, Kesha filed a civil lawsuit in California.  Filed in Los Angeles Superior Court, the singer made several damning allegations against Dr. Luke.

She accused Gottwald of sexually, physically, and emotionally abusing her during their decade-long professional relationship.

With the help of her PR firm, Sunshine Sachs, and Kesha’s former lawyer, Mark Geragos, the singer made her accusations known in the media.

Working with the famed producer, Kesha claimed he bragged about having sex with drunk girls.  She also stated that Gottwald confessed to pushing his pregnant wife to have an abortion.

Finally, she accused Dr. Luke of forcing her to consume illegal drugs and gave her a date rape drug.

“Ms. Sebert took the pills and woke up the following afternoon, naked in Dr. Luke’s bed, sore and sick, with no memory of how she got there.  Ms. Sebert immediately called her mother and made a ‘fresh complaint,’ telling her that she was naked in Dr. Luke’s hotel room, she didn’t know where the clothes were, that Dr. Luke had raped her, and that she needed to go to the emergency room.”

Kesha accused him of sexual assault and battery, sexual harassment, gender violence, civil harassment, and unfair business.  She added that Gottwald intentionally and negligently inflicted emotional distress on her.

In April 2017, a judge dismissed her claims.

“Her claims of insults about her value as an artist, her looks, and her weight are insufficient to constitute ‘extreme, outrageous conduct intolerable in civil society’.”

Gottwald has repeatedly denied the accusations.

Kesha had initially signed a six-album deal with Gottwald in 2005, but now demanded changes, including the deal’s nullification.  The singer had wanted to get out of her agreements with Gottwald and his company.

According to his legal team, Kesha filed “a bogus complaint” and started “a PR media blitz designed to create negative public pressure on Gottwald to give into Kesha’s contract demands.”

They may have a point.

Once the civil lawsuit went public, Gottwald’s legal team revealed several e-mails from media outlets.  The singer’s managers had offered “a TMZ exclusive” to achieve maximum negative publicity against Gottwald.  The e-mails allege the goal was to “help extricate Client K from her currently professional relationship with Person L.”

In addition, 3 years before filing the lawsuit against Gottwald, Kesha gave the following testimony in a deposition.

“Dr. Luke never made sexual advances against me.”

The singer and her legal team later spun the statement, stating she had only made it “under threat.”

Then, Kesha filed multiple requests to change or cancel her contract with Sony.  The singer claimed she would “suffer irreparable harm” from the bitter legal fight.

When a judge wouldn’t grant the motion, she amended the lawsuit.  Now, per Kesha, Sony knew about Dr. Luke’s abuse, but chose to ignore it.

A court found that Sony had allowed her to continue working without Gottwald.  Yet, her lawyer, Mark Geragos, spun the move, claiming Sony had only “set her up to fail.”

Once a judge denied her motion to cancel her deal with Sony, Kesha dropped the civil lawsuit altogether.

So, according to Dr. Luke, he – not Kesha – suffered irreparable harm to his reputation.

In his estimated $40 million+ lawsuit against Kesha, Gottwald revealed more evidence against the singer.  Another e-mail chain between her two managers – Jack Rovner and Ken Levitan – stated,

“Let’s battle in the press.  Take down his business.”

In another e-mail, Rovner added, “[I’m] all for public execution.”

Under oath, she denied ever having a sexual or romantic relationship with Gottwald.  She also said she never sent Kesha any messages.  Lady Gaga also gave a similar testimony.

Kesha’s legal team – O’Melveny & Myers – attempted to have her statements excluded in court.

They complained the statements “would chill rape and domestic violence victims from reporting to authorities or filing a complaint out of fear that they will be sued for exercising their litigation right.”

She ruled that the singer had long planned to present the public statements in her case against Gottwald.  Thus,

“Kesha cannot reasonably claim to have lacked notice that her liability is potentially predicated, in part, on [her team’s] conduct.”

In fact, Schecter added, once Luke’s defamation lawsuit against Kesha goes to trial, the court may find “the California complaint was a sham maliciously filed solely to defame plaintiffs as part of Kesha’s alleged campaign to destroy Gottwald as leverage to renegotiate her contracts.”

Today’s ruling won’t move the case to trial.  Yet, by allowing him to present the ‘smear campaign’ statements, Judge Schecter’s ruling deals a significant win to Dr. Luke.  And, a major setback for Kesha.

In short, as Schecter wrote,

“In sum, because the proposed allegations are transactionally related to those in the [Amended Complaint] and are not palpably insufficient or patently lacking in merit and because Kesha had notice of them, [Dr. Luke’s] cross-motion to amend the [complaint] is granted and Kesha’s motion to strike…is denied.”