Google’s ‘Sound Search’ Is Now a Serious Threat to Shazam 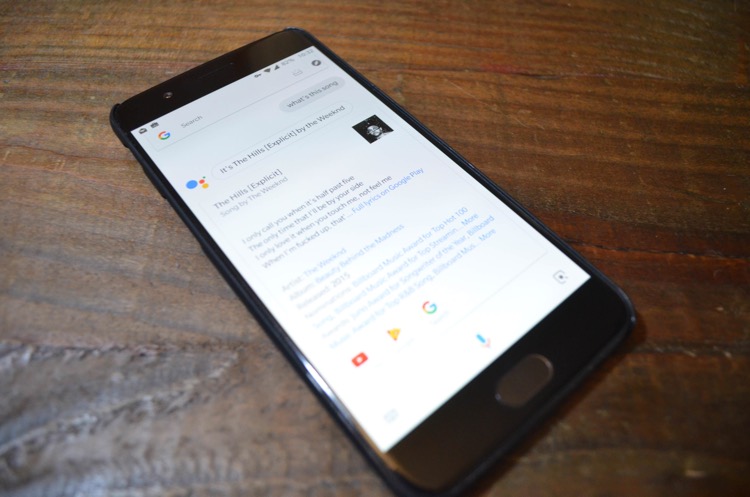 One of the best features for the Pixel 2 series of smartphones was Google’s addition of the Now Playing feature, which added always-on music recognition.

The service is much better than Google’s own Sound Search and third-party services like Shazam and SoundHound, but it was limited to Pixel 2 devices.

Last Friday, Google announced a new version of Sound Search that uses the same technology behind the once Pixel-exclusive Now Playing.  Anyone using the Google Search app or Google Assistant can ask, “What’s this song?” to get faster and even more accurate results.

Here’s how the technology works.

Google used convolutional neural networks to take a few seconds of audio from a song to turn it into a unique fingerprint that can identify the music. That fingerprint is then compared to an on-device database that can hold 10,000+ popular songs. The database is regularly updated to add newly released music and remove songs that no longer seem popular. Applying that technology to Sound Search required adding support for ~1000x as many songs.

Here’s a peek at a unique song fingerprint generated by Now Playing.

Google improved its audio recognition technology through Sound Search by sampling its unique fingerprints every 0.5 seconds instead of every 1 second. They also quadrupled the size of the neural network that translates the unique fingerprint into a correct audio match.

Because Sound Search is server-side instead of on-device like Now Playing, Google can keep adding support for obscure songs indefinitely to the database without slowing the recognition speed.

Google says there are still problems with detecting quiet music and music in a noisy environment, but rolling out this feature to everyone instead of just Pixel users makes Sound Search one of the best audio recognition services available.