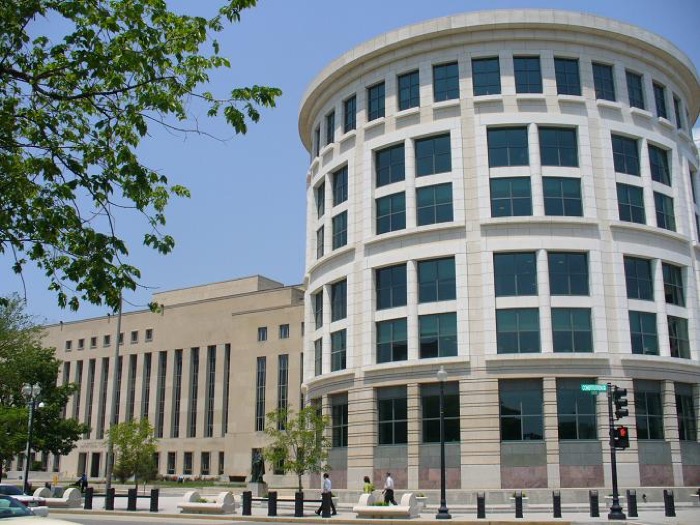 The U.S. Court of Appeals in Washington, D.C. has just issued its determinations for webcaster royalty rates for 2016-2020.

Yes, there’s something else going on in Washington this week.

Today (September 18th), the U.S. Court of Appeals for the District of Columbia Circuit issued its opinion on the Copyright Royalty Board’s ‘Web IV’ music streaming rates for the period of 2016-2020

Those statutory rates are paid by non-interactive streaming radio providers, including Pandora, Sirius XM Satellite Radio, and online radio stations, among others.

A ‘non-interactive’ stream refers to any song that a listener cannot actively choose, effectively the opposite of ‘on-demand’ streaming.

So, if a song is played in a Pandora station without the user picking it, that song qualifies as a ‘non-interactive’ stream under current U.S. Copyright Law.  By contrast, a song specifically chosen and played on a platform like Spotify does not fall within this category (and is subject to an entirely different set of legalities).

Accordingly, a tribunal known as the ‘Copyright Royalty Board’ sets the statutory rates for non-interactive streams, which are typically funneled through SoundExchange.  That process is repeated every five years, and decisions can be appealed.

For that reason, SoundExchange was an appellate in this case, arguing for higher rates.

Those demands, however, were rejected by the Appeals judges today (September 18th).

In fact, it appears that all of SoundExchange’s arguments in the matter were rejected, leaving the CRB-determined rates unchanged.

SoundExchange has yet to issue a statement on this matter.  But as you might expect, the companies paying these rates are happy with the outcome.  That includes traditional radio broadcasters, as represented by the National Association of Broadcasters (NAB).

“NAB is delighted by the D.C. Circuit’s decision to uphold the streaming rates for broadcasters set by the Copyright Royalty Board,” the group emailed Digital Music News this morning.

Pandora, alongside iHeartMedia, were also key participants in this outcome, particularly on the ad-supported non-interactive streaming side.

Both companies submitted detailed data related to their independent negotiations with rights owners.  In the case of Pandora, rates negotiated with indie consortium Merlin were submitted, while iHeart entered rates from its direct licensing deal with Warner Music Group.

In both cases, the Board considered these rates as critical pieces of evidence from the real world of actual negotiations.  Essentially, these are rates emanating from actual deals between real licensors and licensees, giving them substantial weight in the statutory determination.

Interestingly, the Appeals decision revealed that both Pandora and iHeartMedia have agreed to ‘steer’ plays to both Merlin and WMG, respectively, in exchange for better rates.

Essentially, a lower rate is offered if greater plays are ‘steered’ to the direct-licensed partner.

So if you’re part of a Merlin-represented indie label or Warner Music Group, your online plays may have gotten a bump from these insider deals.  Here’s how the Appeals opinion described these deals:

“Pandora and other webcasters began incorporating steering capability into their services fairly recently.  In the Pandora-Merlin and iHeart-Warner agreements, the parties agreed that if the webcaster steered in favor of the record company — increasing the number of plays for the record company’s artists by a certain percentage —the webcaster could reduce the per-performance license rate it paid to the record company.”

The CRB ultimately set the statutory royalty rate for ad-based commercial non-interactive webcasters at $0.0017 starting in 2016, and rising in subsequent years to account for inflation.

SoundExchange opposed that determination, likely because of the inside ‘steering’ arrangements that lowered costs.  Incidentally, those direct deals represent a very serious threat to the SoundExchange business model, and could reflect a reaction to continued reports of gross incompetence and distribution problems on the part of the agency.

SoundExchange’s Appeals Court defense focused on rates determined for on-demand streaming royalties, which is another format entirely.  In fact, they’re not even subject to statutory rates when it comes to recordings, though it appears that SoundExchange acknowledged that difference.

Still, the Appeals judges seemed unconvinced, at least on the ad-supported side:

SoundExchange’s interactive-based submissions were factored into the CRB’s determinations for subscription-based rates, along with Pandora’s own direct agreements.

“The royalty rate for subscription-based commercial noninteractive webcasters is $0.0022 per song performance for 2016, to be adjusted in ensuing years to account for inflation,” the Appeals court decision reaffirmed.

Another interesting takeaway was that subscription-based non-interactive streaming remains ‘not effectively competitive,’ at least according to the CRB.  That makes it hard to set an effective rate, though Pandora’s direct deal terms with Merlin factored heavily into the ultimate result.

The rest of the decision contains an exhaustive play-by-play of the deliberations, which you can read at your leisure here.  But the U.S. Court of Appeals CRB money shot is this:

“For the foregoing reasons, we affirm the determination of the Copyright Royalty Board.”