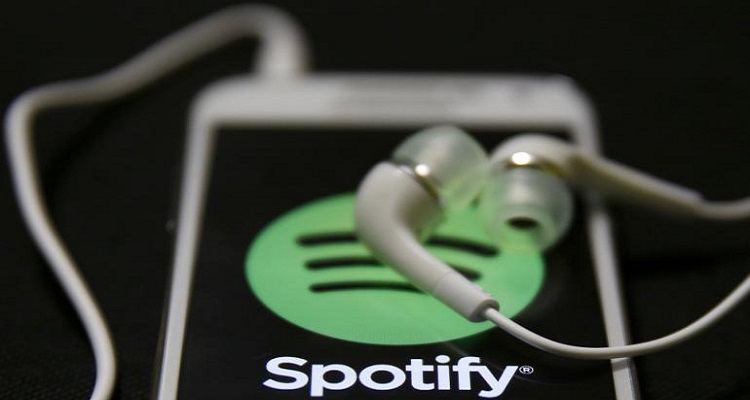 If proven true, what kind of workplace culture has Spotify encouraged?

A former sales executive, Hong Perez, has filed a lawsuit against Spotify and Brian Berner, its US Head of Sales.  The company allegedly fostered a discriminatory and hostile work environment against women.

So, what kind of work environment did Spotify allegedly permit?

Filed yesterday at New York Superior Court, Perez – an Asian-American woman – claims during her tenure at the company, she became increasingly concerned’ about Spotify’s culture ‘with respect to its treatment of women.’

Hired in July 2015 as Head of Sales, East, the experienced digital advertising and media executive had “extremely positive reviews and performance feedback.”  Spotify reportedly hailed Perez a ‘Hero’ for aiding a co-worker suffering from a stroke and saving her life.

Detailing the company’s alleged misconduct against women, Brian Berner selected men-only groups to attend major events.  Despite having the top performing region, the US Head of Sales ensured that neither Perez nor any other qualified female employee attended.  Events included the Sundance Film Festival.

“These trips were referred to internally by employees as BERNER’s ‘boys’ trips.’  Spotify employees spoke of drug use by the “boys” at each trip.”

These trips got so rowdy, she continued, a male employee “became involved in a physical altercation.”  Berner, knowing this violated the company’s Code of Conduct, silenced the matter.  He took no action to investigate nor discipline the men.

According to Perez, he knowingly provided her male-counterpart a high salary increase and a larger equity award.  The unnamed male counterpart had ‘considerably’ less experience than Perez and also had ‘performance issues’ in his region.

“Indeed, one such male employee was promoted after he had been the subject of a sexual harassment complaint and received multiple warnings from the company.”

This executive, continues Perez, had also accompanied male-only Spotify managers to Atlantic City as part of “business.”  There, they visited strip clubs.

Despite discovering a male employee had engaged in “harassing conduct,” the unnamed Head of HR “had a soft spot for him.”  When Perez warned him not to engage in a double standard, “it fell on deaf ears.”  Signaling a flaw in his moral character as the reason, she claims the Head of HR once told employees at an all-hands meeting his favorite word – “c#nt.”

But, did Spotify knowingly protect Berner and other male executives?

In January 2018, Berner had allegedly worked on a potential deal.

As part of the deal, the US Head of Sales illicitly sought and accepted Madison Square Garden tickets.  On March 6th, 2018, Spotify’s Chief Financial Officer “had expressed substantial concerns” about the deal, landing Berner in “hot water.”  Berner allegedly wrote to his boss,

“[I] dropped the ball in not telling [you] to create the SF opportunity and follow our trading process.  Since then, we’ve spoke (sic) to multiple teams to get approval.”

Perez claims she wasn’t involved in the deal.  Yet, Berner pinned the blame solely on her.

He refused to attend meetings and conference calls with Spotify’s legal department about the issue.  Berner allegedly also didn’t speak with the Head of Finance and Accounting, the technology accounting group, nor the Global Head of Sales.  Berner also kept his boss in the dark about the “discounting arrangement.”

To protect himself, Berner then told the Internal Audit team in May 2018 that Perez was to blame.  He allegedly told the Chief Financial Officer the same thing, pushing for her firing.  Spotify then fired Perez for violating the Code of Conduct.

Soon after, she discovered other senior male executives had approved the illicitly-obtained tickets.  Executives, claims Perez, included Spotify’s in-house legal counsel and its Executive for Investor Relations and Financial Planning.  Yet, the company didn’t investigate them.  Spotify only blamed and dismissed Perez “for Berner’s mess.”

Did Spotify then knowingly defame its former Head of Sales, East?

According to her, Berner – with Spotify’s approval – then defamed Perez.

Berner sent an e-mail to “virtually everyone” of the sales team as well as hundreds of employees and executives.  He allegedly wrote Perez was fired for acting “in ways…against our Code of Conduct and guidelines for internal compliance.”

He apparently didn’t do the same for another male employee accused of supplying drugs and sexual harassment.

Berner, she writes, “limited [the] email to a small group.”  He had also admonished the recipients to keep the news confidential, not having done so with Perez’s dismissal.

In the lawsuit, Hong Perez listed four counts against Spotify.

Citing the allegations listed above, Spotify had engaged in malice and reckless disregard to her rights.

She has asked a court for damages – including lost back wages, benefits, and equity incentives – as well as lost future earnings and benefits, compensatory damages for emotional distress, punitive damages, and attorneys’ fees and costs.

Berner had the authority to hire and fire employees.  He had aided, abetted, incited, coerced, and compelled gender discrimination against Perez.  As Spotify had done with Perez, Berner had engaged in malice and reckless disregard to her rights.

Perez has asked the court for damages as well.

Spotify didn’t treat her compensation based on a seniority system, a merit system, a system which measures earnings by quantity or quality of production, nor a differential based on any other factor other than sex.

As Perez suffered damages from Spotify’s violation of the Equal Pay Act, she should receive all remedies under New York law, including lost wages, benefits, and equity incentives.

Stating that Berner’s widespread internal e-mail was false, she accused the company of causing emotional distress.

In her prayer for relief, Perez outlined her requests for recovery.  She has also asked for a trial by jury.

So, what does Spotify say?

“At Spotify, we do not tolerate discrimination of any kind at any level.  While we cannot comment on the specific details of a pending litigation, these claims are without merit.”

Yet, the company hasn’t presented a detailed defense of Berner’s actions nor of those named in the lawsuit.

Featured image by downloadsource.fr (CC by 2.0).