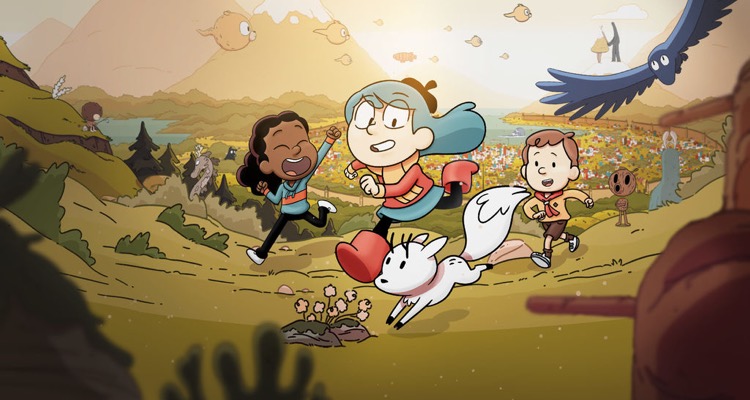 Luke Pearson’s comic Hilda has been morphed into a new animated series on Netflix bearing the same name.

The artist and writer shared the news on Twitter earlier this week alongside the show’s new theme, which was done by Grimes.

This theme song is the first track we’ve heard from Grimes in quite some time.  Earlier, Grimes offered a teaser for an album coming later this year, one of possibly two albums emerging in 2018.

Grimes, whose real name is Claire Boucher, began dating technology billionaire Elon Musk this past August.  The surprise romance has already taken some interesting twists-and-turns, which will hopefully stimulate some creativity ahead.  But it’s starting to feel as if the pair are heading towards a strange place.

Musk has been increasingly erratic in public and on Twitter, announcing in August that he was considering taking Tesla private.  Rapper Azealia Banks discussed the two on her Instagram account after Grimes’ invited her to collaborate on a song.

After making lewd comments about the two of them, Banks issued an apology to Musk (and not Grimes) on Instagram and said, “what started off as a catfight led to some seriously unexpected consequences, and I sincerely apologize.”

So it sounds like Grimes has been busy with things other than music. Nice to know she finally got around to releasing something new, even if it is just a bit opening for a Netflix animation.

Grimes teased two clips on Twitter of some new tracks she’s been working on, describing one as a “cheesy love song” and the other as an “ethereal chav jam.” Grimes’ last album debuted in 2015 and was called Art Angels.

Grimes shared a potential tracklist for her new album on Instagram earlier this year, saying it’s a placeholder list that’s subject to change. 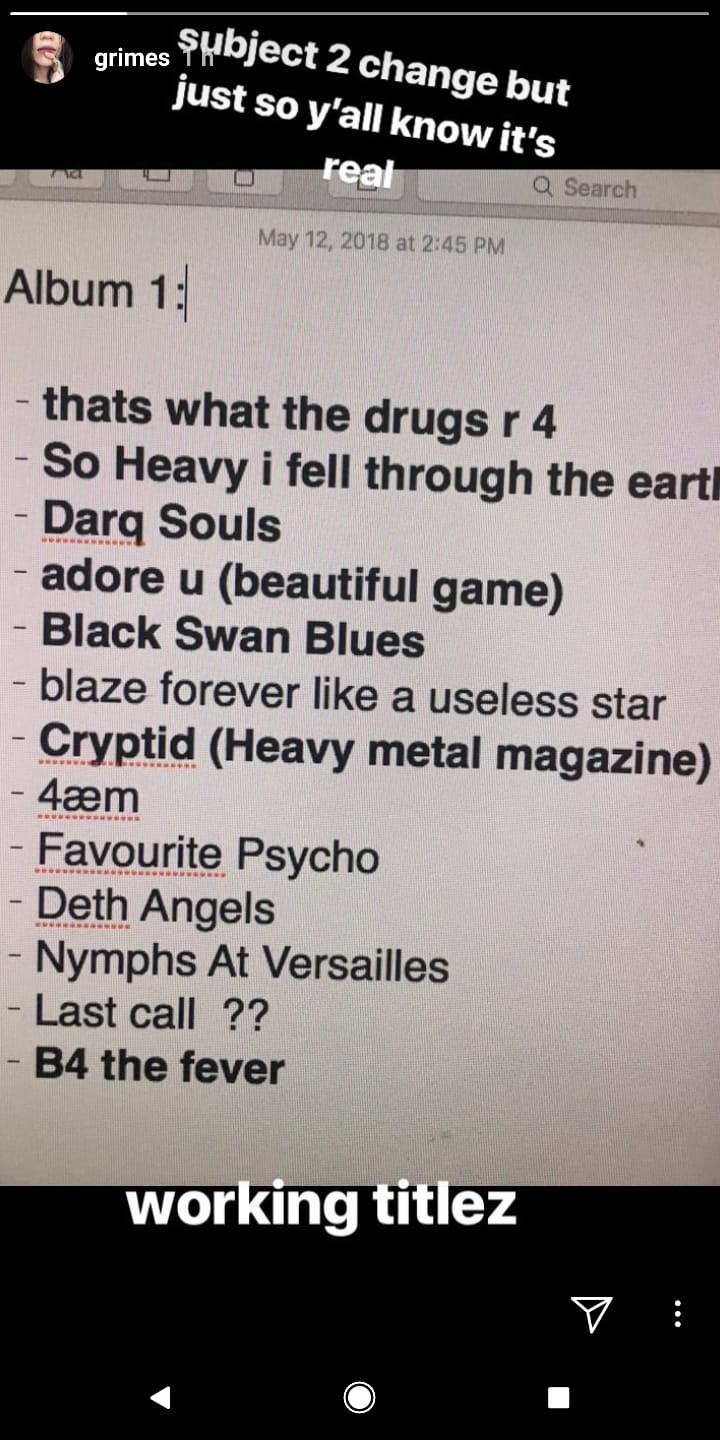