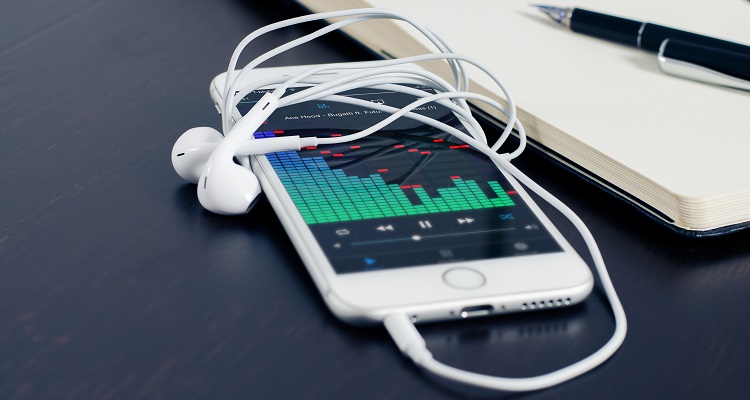 So, just how big will the streaming music market grow in the US in the next few years?  And, how about the rest of the world?

Thanks in large part to streaming music services, US recorded music industry revenue rose 10% to $4.6 billion.  Streaming revenue accounted for 75% of that amount, or $3.4 billion.

But, will this growth continue in the near future?  A new study says yes, and the North American music industry won’t only benefit the most – it’ll lead the way.

According to a new report from Persistence Market Research (PMR), on-demand streaming revenue has an incremental opportunity of $25.6 billion from 2018 to 2026.

PMR also estimates that YouTube will continue to maintain a huge audience presence, leading to a considerable rise in the live streaming market.  YouTube Music will also play an important role in the growth of the global streaming music market.  Yet, it remains to be seen exactly how much.

That’s due in large part to the increasing penetration of the internet around the world.  Smartphone and laptop adoption rates will also increase thanks to the millennial population.  Consumer behavior will also further transition to digital platforms.

Thanks to the rise of “uninterrupted 4g and broadband connectivity,” North America has a 51.7% share of the global streaming music market.  This region, posits PMR, will continue fueling the rapid adoption of streaming music services worldwide.

The streaming market may also see huge growth in Southeast Asia & Pacific region as well as China due to the increasing adoption of free streaming music applications, including Joox, Saavn, and Gaana.  Developing countries will also have high growth opportunities. 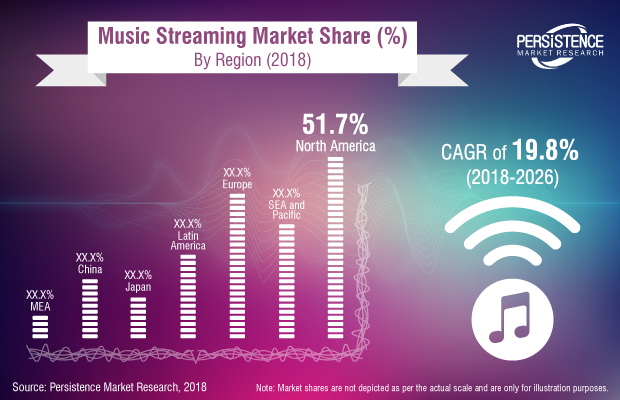