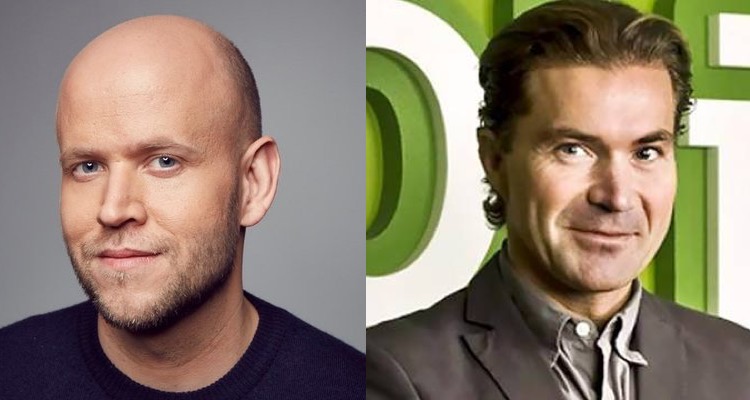 Daniel Ek and Martin Lorentzon may have netted a large sum from their shares in Spotify.

They’re not the only ones.  According to a new report, Spotify founders Daniel Ek and Martin Lorentzon have sold significant shares in the company.

So, how much are your shares in Spotify worth?

A Securities and Exchange Commission (SEC) filing obtained by Di Digital reveals Ek and Lorentzon have sold their shares for over kr 1 billion ($110 million) each in recent months.  Daniel Ek, Spotify’s CEO, received the most from the recent sales, reportedly earning kr 1.2 billion ($132 million).

Speaking with the Swedish publication, Sofie Grant, a Spotify representative, confirmed the sale.

“Daniel will sell a small share of [company] shares in the next nine months as part of his long-term financial strategy.  This sale of shares will constitute a minimal part of his holding in the company.”

Ek and Lorentzon refused to comment on the news.

Despite the sizable sales, Ek and Lorentzon clearly don’t want to lose control of the company.

The company reportedly had a market valuation of $31.5 billion at close on Thursday.  Both still own a large percentage in Spotify.

Following the sales, Ek’s total holding in the company has dropped from 8.8% to 8.3%.  Lorentzon now owns 11.8% of the company, down from 12.2%.  He remains the company’s largest shareholder, followed by Tencent – which owns 10% – and Ek.  Since the company’s IPO launch in April, Ek and Lorentzon’s holdings have decreased just half a percentage point.

According to Di Digital, both Ek and Lorentzon have the opportunity to extend their voting rights via special certificates.  These would cover about 80% of all votes in Spotify.