U.S. Department of Justice Targets ‘Emo Rap’ for Its ‘Glorification of Opioid Use’ 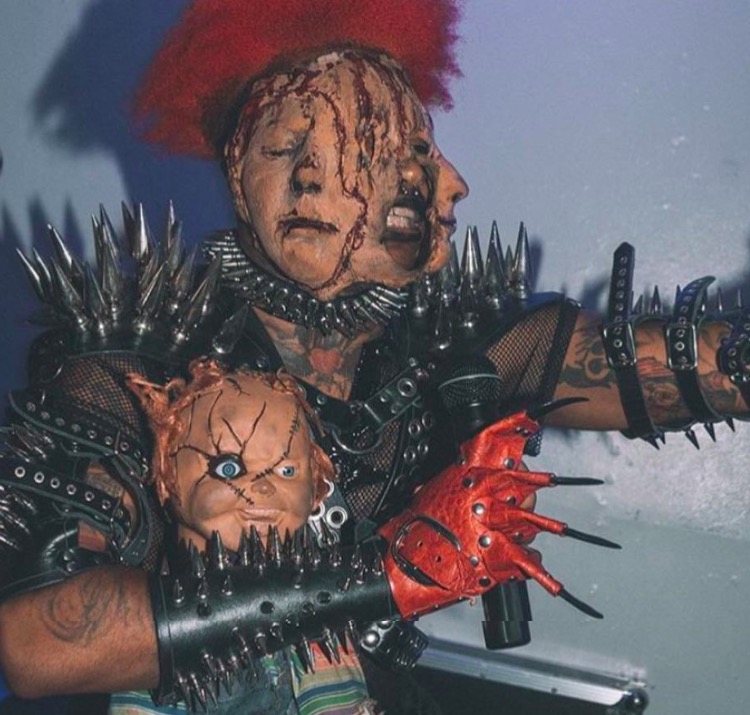 The United States Department of Justice has a new boogeyman in the fight against the opioid epidemic embracing the nation.

A press release from the Justice Department says the arrest of a SoundCloud rapper led the department “into the underbelly of emo rap and its glorification of opioid use.”

Michael Jones, better known as the rapper New Jersey Devil, was recently arrested and charged with distributing heroin and fentanyl that resulted in the death of a 29-year-old woman last December.  TMZ’s initial coverage of the event sparked the DoJ’s investigation into Diana Haikova’s death.

“This investigation led us into the underbelly of emo rap and its glorification of opioid use,” stated DEA Special Agent James J. Hunt.  ”

Today, a team of DEA agents and NYPD Detectives arrested Michael Jones, known as the ‘realnewjerzeydevil’ for allegedly distributing a fatal dose of fentanyl mixed with heroin.  Behind every lethal overdose is a victim whose death becomes a catalyst for raising awareness of the dangers of opioid misuse.  The DEA extends condolences to the victim’s family and reemphasizes our commitment to bringing drug dealers to justice to face the consequences of their crimes.”

TMZ linked Jones to the GothBoiClique, of which Lil Peep was also a member.  Lil Peep died last November from an overdose of fentanyl and Xanax (among other suspected substances).  TMZ reported that Jones gave Haikova the drugs that killed her while partying with friends of Lil Peep.

Several of Jones’ representatives reached out to TMZ to say that he has never been a member of GothBoiClique and that “any statements to the contrary are 100% false.”

Jones’ indictment says the rapper continued to distribute narcotics around Manhattan after Haikova’s death. If convicted of these charges, Jones could face a maximum sentence of life in prison and a mandatory minimum sentence of 20 years in prison.

The Center for Disease Control (CDC) has estimated that fatal opioid overdoses have risen to 50,000 a year in 2017.

Hunt did not elaborate on his statement that blamed emo rap for the glorification of opioid use. Of course, drug use has been promoted in songs for decades — from Eric Clapton’s ‘Cocaine’ to Lana Del Rey’s ‘High By the Beach’ — though SoundCloud rap is now getting the most attention from the feds.

Of course, the issues surrounding opioid addiction are undoubtedly more complicated.  Though it now appears that ’emo rap,’ which has largely bubbled on SoundCloud, will be drawing increased scrutiny from the feds.