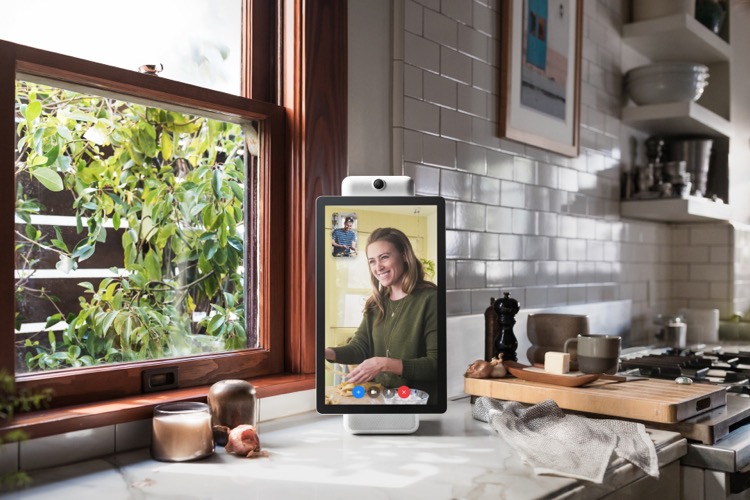 Today Facebook unveiled a new smart video device for chatting with family and friends while hands-free.

The Portal and Portal+ offer video communication in a hands-free way that’s aimed directly at competing with the Echo and Google Home.

This is the first in-home hardware device from Facebook.  Of course, Facebook is seriously late to this party, thanks partly to privacy imbroglios and continued issues involving breaches of user data.

Both devices feature built-in music streaming with Spotify and Pandora, and are Alex-enabled.  Users can easily control collections and radio stations throughout the house using Alexa commands, though video seems to be Facebook’s special sauce.

Whether there’s demand for a hardware device with microphone and camera linked to Facebook remains to be seen.  But the beleaguered social media company appeared to be taking privacy seriously when introducing the Portal and Portal+.

Facebook says many of the features for the device are opt-in, and there are no video recording features for the camera.  That may be little consolation for users spooked by repeated data breaches.  Indeed, Facebook is a company with a less than stellar reputation, one that remains difficult to repair.

The larger Portal+ features a 15.6-inch 1080p screen with two speakers and a subwoofer, making it the better option for music listeners.  The Portal+ can also be configured in both landscape and portrait modes for video chats.

Beyond Pandora and Spotify, Portal devices feature built-in integration with iHeartRadio and a news video service called Newsy. As an Alexa-enabled device, the Portal also has access to numerous skills and commands through Amazon’s digital assistant. Facebook says Google Assistant integration could come to the device later.

Pandora’s announcement of its integration with Facebook delves into how the music streaming service can be used while on video calls with family and friends.

You can use the touchscreen to select stations and begin a shared listening session. Friends can also control their own volume of the music and pause or stop it at any time.

So far, the platform hasn’t been opened to developers, and the included apps for the device appear limited.  There’s no way to watch YouTube videos and no web browser for the device, for example.  Strangely, the Portal lacks WhatsApp and Instagram support, both services owned by Facebook itself.