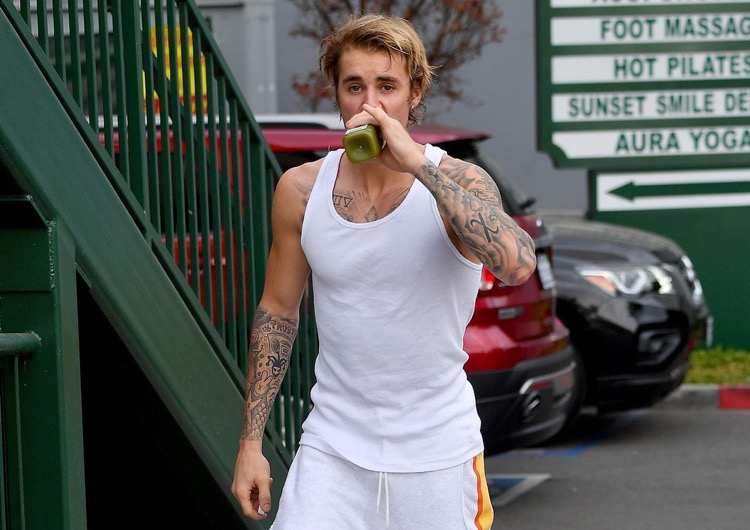 Justin Bieber has become the first artist to have four songs reach 1 billion streams on Spotify.

DJ Snake’s ‘Let Me Love You’ features Bieber’s vocals, and the hit single just crossed the billion threshold.  For DJ Snake, that’s the second time a song has crossed one billion streams — though Bieber is far ahead in this race.

Bieber’s first song to cross the threshold was ‘Sorry’ this past December.  Since then, the Canadian superstar has already racked up two more billion-plus streaming hits.  ‘Love Yourself’ reached the fabled 1-billion mark in February. Bieber’s remix of ‘Despacito’ reached one billion streams the same month, and was the first Latin single to accomplish the feat.

Funnily enough, Bieber is nowhere to be seen on Spotify’s top artists, which is ranked by monthly listeners.

Drake tops that list at 53.3 million monthly listeners, followed by Eminem, J Balvin, Calvin Harris, Khalid, and Maroon 5. These stats tend to fluctuate each month as new releases come out.

In 2015, Bieber was the top artist on Spotify for five months leading into 2016.  Rihanna, Drake, and Ed Sheeran have since taken that title. In 2016, Bieber was the second-most streamed artist, behind Drake and ahead of Rihanna, Twenty One Pilots, and Kanye West.

This past September, Bieber walked into a courthouse and married his model girlfriend Hailey Baldwin after a short two-month engagement.  One week after their vows, Bieber was spotted outside Buckingham Palace playing guitar for his new wife and fans.

Even Bieber’s manager, Scooter Braun, expressed concern for the singer during a recent interview on The Red Pill Podcast.  “I thought he was going to go to sleep one night and have so much crap in his system that he would not wake up the next morning.”