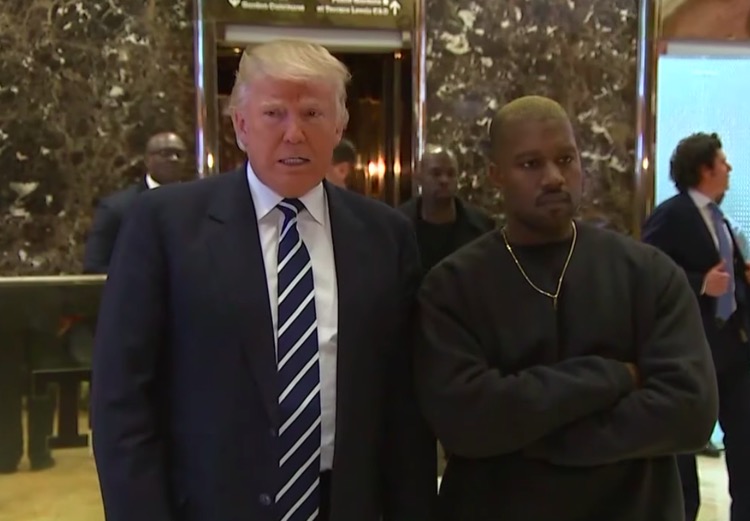 President Trump is now expected to sign the Music Modernization Act (MMA) into law this week, according to multiple industry sources.  Kanye West is also expected to be on hand.

After unanimous approvals in both the U.S. House of Representatives and U.S. Senate, the Music Modernization Act (MMA) is now headed towards the White House for signature.  Now, sources are pointing Digital Music News to a possible signature in a matter of days.

The exact date could move, though it appears that the signature may happen on Thursday, October 11th.  Earlier, Kanye West told New York’s Hot 97 that he was headed for the White House to meet with Trump on that date, but didn’t mention the MMA.

In the conversation with Hot 97 morning deejay Ibrahim “Ebro” Darden, West pointed to the October 11th meeting, and asked if Darden could facilitate a meeting with Colin Kaepernick, himself and Trump at the White House.  Darden flatly declined to contact Kaepernick with the proposal, according to the deejay’s retelling of the conversation on the air.

“I know, for a fact, we not doing that,” Darden blasted during a morning broadcast on October 4th.  “And Kanye goes, ‘no, no, not you, I want Colin Kaepernick,’ and I responded, ‘we not doing that’.”

Other sources pointed to a signature this week, but had no knowledge of the exact schedule.

Updated: The New York Times has now also reported the October 11th meeting, but did not mention anything about the MMA.  The report noted that West was slated to have lunch with Trump, and meet with Trump in-law Jared Kushner.  Discussion topics will include prison reform and manufacturing jobs in Chicago, according to the Times.

Separately, Audiam founder Jeff Price pointed to a possible signature on October 10th, though he stressed that he didn’t have confirmed information.  “I was under the understanding that [the signature] is going to happen on October 10th, and I believe that Kanye West will be there for the signing,” Price told Digital Music News in a podcast recorded earlier today (October 8th).

The podcast itself, which focuses heavily on MMA details, will be released this week.

It’s unclear if other musicians will be joining Trump for the signature.  Other pro-Trump possibilities include Kid Rock and Ted Nugent, both of whom have been ardent supporters of the president.