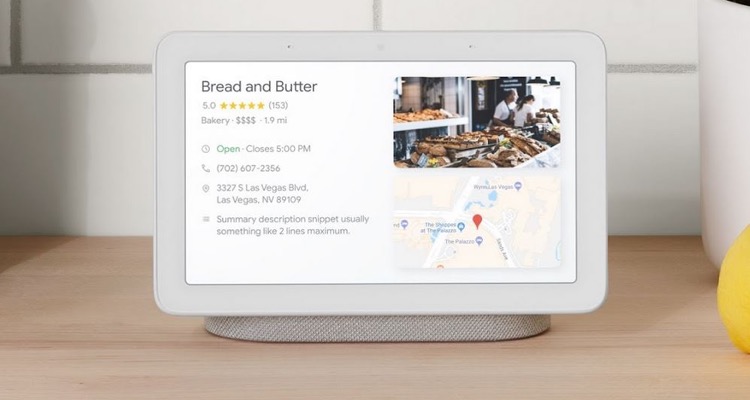 Alongside a slew of new smartphones, Google has debuted a new smart home device with a screen.  The Google Home Hub will compete directly with Amazon Alexa-enabled devices like the Echo Show and Facebook’s Portal.

The Home Hub is Google’s first smart home assistant that features a screen to compete with rival offerings from Amazon and Facebook.

The device features a 7-inch touchscreen with a fabric covered base to match the aesthetic of the Google Home and Home Mini devices.  It’s available in all the same colors offered for the Google Home series of devices.

The Home Hub features a slide-down view that gives you an overview of all the smart devices attached to your home. You can manage door locks, security cameras, thermostats, and lights from the menu.

On the media side of things, The Google Home Hub is currently the only smart assistant device that supports YouTube and YouTube TV.

The Google Home Hub also features integration with a wide variety of audio services, thanks to their compatibility with Google Assistant.  Out of the box, Home Hub will work with services like Google Play Music, YouTube Music, Spotify, Pandora (US only), TuneIn, iHeartRadio, and Deezer Premium.

That’s not as broad as Amazon’s Alexa, and Apple Music is notably missing from the list.  Of the three recently launched home devices with screens, only the Amazon Echo Show is capable of playing Apple Music natively.  That’s unfortunate, considering Apple Music does have an Android app.