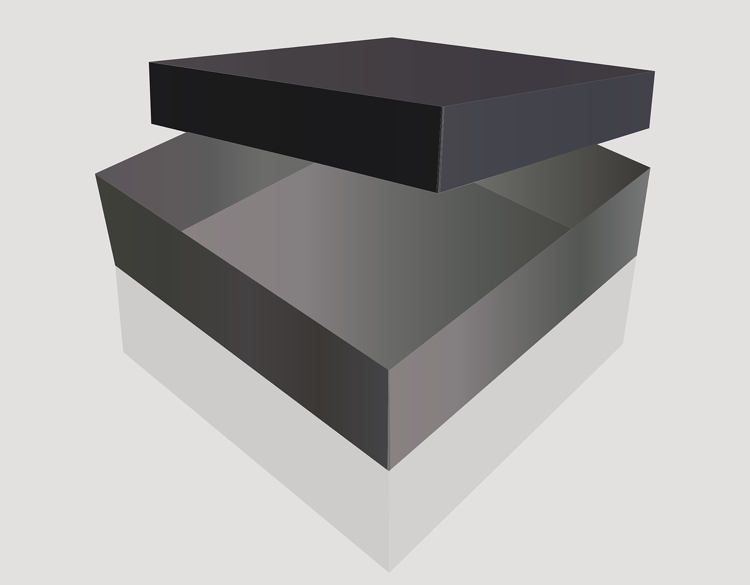 Depending on the estimate, the music industry has a ‘black box’  problem worth $2.5 billion.  Some would call that figure extremely conservative.

The ‘black box’ refers to the piles of royalties that are unidentified and never properly paid.  The $2.5 billion is the resulting amount that rightful content owners aren’t receiving.

Other estimates are far higher than $2.5 billion, though the shadowy figure is hard to pin down.  Just recently, Variety identified $1.5 billion in unpaid royalties on one license alone: unmatched mechanical licenses from streaming services like Spotify.  And that was just for the United States (Variety later retracted the figure, for unknown reasons).

And just like the estimates of its size, the reasons for this massive tranche are varied.  In some scenarios, funds are recognized but rights owners never claim the funds. But in a large percentage of cases, data is just bad or malformed, making it difficult to match a royalty ‘event’ (like a public performance) with the person who should receive that money.

Adding to the complexity of it all, the ‘black box’ is a pool created from multiple sources, like a cesspool fed by different sewage drains.  Bad or unmatched data can emanate from streaming services (DSPs), PROs, digital distributors, and venues, all of whom exacerbate the issue in their own way.

It’s a seemingly hopeless problem, though the good news is that a number of tech-focused companies are actively trying to solve it.  That includes Paradise Distribution, which has partnered with Digital Music News to substantially reduce issues around data-matching and resolution.

One of those initiatives includes in-venue MRT, or music recognition technology.

The Berlin-based Paradise has achieved notable success using a system of rack-mountable audio monitors installed in clubs across Europe, an important first step.  Gradually, that infrastructure has started to improve the number of songs that are properly captured, and performance rights organizations are slowly integrating the improved data source.

Paradise works closely with DJ Monitor, a pioneer for in-venue MRT at clubs and festivals.  But DJ Monitor is just one of several companies actively tackling this space. The competitive field includes BMAT, Yacast and Soundmouse, all of whom are putting industrial Shazam-like solutions into venues.

Even in the U.S., major PROs like BMI and ASCAP have indicated to Digital Music News that in-venue recognition systems are on the radar.  Those PROs will produce juicy contracts for the right companies, with a new wave of in-venue recognitions happening in both the U.S. and Europe.

The net result: behind-the-scenes producers will finally receive credit and payments for their work, instead of being permanently forgotten behind a big-name DJ.

That’s called progress.  And it’s slowly attacking the biggest source of the problem.

Over the past ten years, in fact, Bӧge’s team has been poring through spreadsheets of malformed and unmatched data, with some surprising results.  So successful in fact, that Paradise is now estimating that it will eventually be able to resolve 97% of all unmatched ‘black box’ data that crosses its path.

“You can never get the black box to zero,” Bӧge explained, while noting that a certain amount of data will always be unrecoverable.  “Though we think we can get pretty close.”

Currently, the methodology involves a combination of manual, line-by-line reviews and MRT-based data, a man-plus-machine approach that resolves a surprisingly large amount of information.

Eventually, Paradise plans to introduce AI into the equation, with a potent 3-step method for resolving data issues.  That’s already a reality at Exactuals, which is using AI-powered recognition and matching techniques to repair malformed data.  It’s also part of a broader movement that will hopefully resolve a vast amount of metadata problems in the future, though participation from PROs, DSPs, and other players will be critical.

Sadly, that participation is a missing piece of the puzzle right now.

Currently, Paradise’s scrappy initiative relies on accidental distributions of bad data, oftentimes from DSPs.  For example, YouTube might send a distributor some malformed data that it thinks belongs to them. In many cases, that bad data comes with a check, never to be resolved.

In that mess, Paradise has been quietly resolving as much of that data as possible, and sending back matches, often ones that belong to someone else.  Part of the reason is that conversion from bad data to good data improves the Empty machine, reinforcing it with new intelligence.

But Paradise isn’t getting any of its unmatched data from PROs, which is where the real goldmine lies.

The stark reality is that PROs are rarely transparent, and frequently retard efforts to clean up data.

That is obviously unfortunate, though one way to attack the PRO black box, according to Bӧge, is to clean up the data that is sent to the PROs in the first place.  It’s a major reason why Paradise has participated in expanding MRT, which vastly improves the data around in-venue plays reported to PROs.

Currently, PROs also have the power to vastly improve the data they receive, simply by insisting on detailed metadata from trusted distributors only. The improved sources would vastly improve matches, according to Bӧge, and could help PROs attract a younger generation of artists.

Eventually, this will become mandatory.  PROs are now facing challenges bringing on younger creators, potentially because of metadata ‘black box’ issues. “They’d be able to solve their black box issues, and increase their attractiveness to a younger generation of members,” Bӧge explained.

“The PROs need to open themselves to more sources of data to create a broader ecosystem of data exchange.”

Bӧge hopes that other distributors are doing the same matching exercises on the bad data they receive, though realistically, he knows that most of them are not.

Unfortunately, the reasons for that are simple. Either extensive matching is too complicated, or distributors think that it somehow balances out (you get some of our bad data, we get some of yours). In the end, the motivation to invest in solution-oriented technology is quite low.

That doesn’t resolve the problem, and doesn’t lower the amount of bad data.  It also makes it more difficult to truly match across a range of different rights, because a resolution involving one type of license can typically help to resolve an issue involving another.

It’s a far cry from the fractured payments and statements most rights owners receive today.  But the technological tide of better matching is likely to lift payouts across a range of different licenses.  In fact, it may already be chipping away at a decades-old issue.

Paradise’s vision isn’t shared by certain PROs (whose names we’ll leave out of this article).  But technologies that dramatically change things for the better can be difficult to keep down.

Especially over the long term.