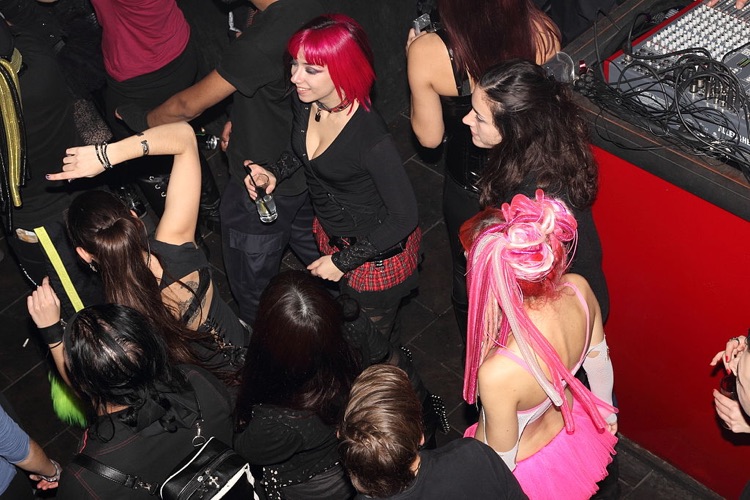 Getting played… but getting paid? (photo: Dossier CC 3.0)

DJs and dance music producers have been missing out on substantial performance royalties for decades.  Now, that’s starting to change — with performance rights organizations PRS for Music and PPL taking a serious step forward on music recognition technology.

The UK-based organizations have just announced a broadened partnership with DJ Monitor, one of Europe’s top providers of in-venue music recognition technology (or ‘MRT’).  DJ Monitor, based in Amsterdam, essentially offers an industrial-level Shazam-like solution for clubs large and small, with a rack-mountable device installed in the venue.

According to details shared with Digital Music News, DJ Monitor has been piloting its recognition solution with PRS and PPL for roughly one year.  So far, the groups have tracked ’31 million seconds of music,’ which sounds like a lot of music, with about 95% of that being properly matched to rights owners.

DMN has been covering this technology extensively, while showcasing a range of different companies advancing this space.  That includes a small but highly-competitive group of companies that can install in-venue detection hardware, with DJ Monitor leading the pack.

“A small music recognition device installed in participating nightclubs, listens to the music a DJ plays and analyzes it against a database of millions of individual sound recordings, creating highly accurate setlist information,” a joint email from the groups described.

“PRS for Music and PPL then use this setlist information to distribute royalties back to the creators of those recordings and works.”

Both organizations noted that distributions from the DJ Monitor partnership will start being distributed this year.

The developments marks another huge development for the DJ/EDM community, which has frankly suffered serious underpayments from various PROs.

“We are wholly supportive of music recognition technology going into bars and clubs so that the right people get paid,” noted Lohan Presencer, Chairman of Ministry of Sound.  “This is in no means a threat to venues themselves because they’re already paying the license fee and the license fee that they’re paying is the same amount of money regardless of what is being tracked in their clubs.”

Also celebrating is Ralph Böge, CEO of Berlin-based Paradise Distribution.  Böge has been fighting for in-venue recognition for years, and has been pushing PROs throughout Europe to ingest the reliable data sources.  “It’s a first step in the right direction towards monitoring the actual music being played in bigger venues and hotspots, so royalties can go to the real writers and owners,” Böge told DMN.

“But after MRT there needs to be a focus on accurate accounting, and we have to be aware of the fact that the PROs have not done too well with this in the past.”

According to PRS, EDM presents a lot of tricky complications when it comes to recognition, metadata, and matching.

Indeed, these aren’t instantly recognizable, ‘clean’ Maroon 5 tracks, and DJs themselves routinely blend elements from different sources.  “As the industry evolves, we are constantly innovating to adapt,” explained Claire Jarvis, Director of Membership for PRS.  “DJ sets are spontaneous and varied, changing from gig to gig, which can make it difficult for DJs to tell us what they play.”

Regardless of the complexity, the PRS+PPL duo is obviously confident enough to broaden their MRT integrations.  In fact, they’re now pushing their initiative pretty hard.