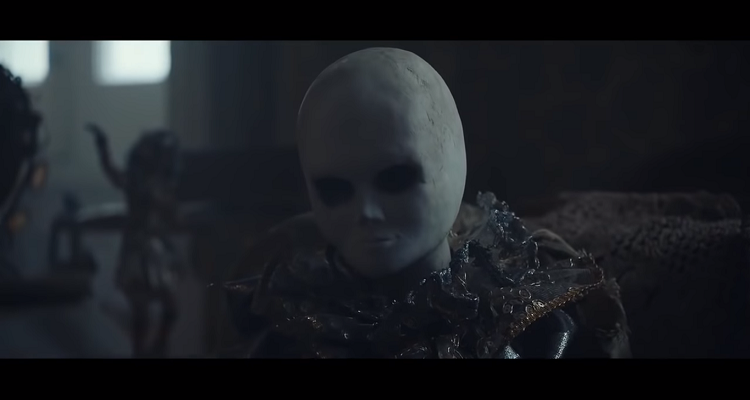 Good job, Spotify.  You’ve just scarred a generation of children for life.  But, the real question remains – where exactly were the parents?

Spotify has come under fire for an advertisement deemed obscene and traumatizing for children.

In the one-minute advertisement, several young adults, including a young couple, relax in their home.  A young woman asks the couple to play the ‘Wake Up’ playlist on the streaming music app.  Then, after a young man asks the couple to turn up Camila Cabello’s ‘Havana,’ an eerie pale doll slowly comes to life.

Plugging the service at the end, the advertisement reads,

The moral of the story?  Don’t stream Camila Cabello’s ‘Havana.’  If you do, expect to die at the hands of a violent, deranged, and possessed doll.

The commercial is for the most part harmless.  In fact, the video first appeared on DanTDM, a YouTube channel popular among children.  DanTDM has over 20 million subscribers.

Just don’t tell that to the Advertising Standards Authority (ASA).

Taking on ‘terror,’ one television and child at a time.

According to the British advertising industry watchdog, the clip has caused distress to children who viewed it.  The ASA lambasted Spotify for purposefully advertising the commercial “on a channel that children are likely to watch.”  A parent had filed a complaint, stating the company caused emotional distress to a child.

Defending the commercial, the streaming music service had stated the video didn’t cause ‘undue distress.’  In fact, Spotify said it had designed and shot the clip as a parody of popular horror movies.

The ASA didn’t buy it.  Issuing a ban on the clip, the watchdog stated,

“The fact that the ad was set inside a home, including a bedtime setting, and featured a doll, meant it was particularly likely to cause distress to children who saw it.”

The ASA has also banned an advertisement for breast enlargement surgery.  That commercial first ran on Love Island, a British reality dating show.

Following the ruling, Spotify was forced to issue an apology.

“We acknowledge the ruling from the ASA and regret any distress the ad may have caused the complaint.”

You can view the banned clip below.