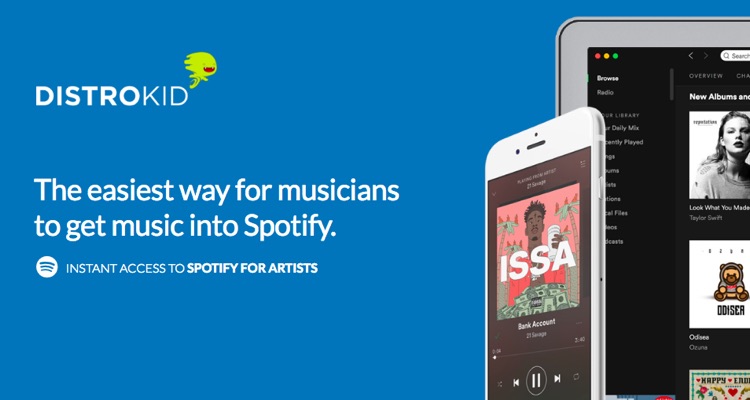 Distrokid’s groundbreaking deal with Spotify is threatening to shake up the entire digital distribution space.  And potentially weed out a lot of competitors.

“They’re freaking out.  Freaking… Out.”

That’s how one recording industry executive phrased it recently to Digital Music News.  And that was before Distrokid’s deal with Spotify had been officially announced.  All the world knew last week was that Spotify was opening direct uploads for artists.  And that was seriously worrying a number of leading digital distributors, according to our conversations.

Now, we know that direct uploading is just one part of a bigger distribution strategy for Spotify, one that could potentially wipe out a number of intermediaries in the space.

Earlier this week, Digital Music News leaked news of a sweetheart deal between Distrokid and Spotify, one that offered preferential platform access to Distrokid artists.  Others were also part of the inner circle — including CD Baby, Glasgow-based EmuBands, FUGA, and The Orchard — but Distrokid was ostensibly the preferred horse.

Within hours, Spotify confirmed the scuttlebutt: Distrokid was not only a preferred distribution partner, they were an integral part of Spotify’s own distribution strategy ahead.  Spotify revealed a minority investment in Distrokid, and disclosed that the company will also be leveraged to distribute music to Spotify competitors.

Philip Kaplan, who created Distrokid, has long claimed a top spot among other digital distributors.  In one email to Digital Music News, Kaplan chastised us for not including Distrokid alongside other market leaders like CD Baby and Tunecore.  “It’s sorta like mentioning Hotmail and AOL but not Gmail,” Kaplan declared.

He doesn’t have to send those emails anymore.

Now, the question is this: will heavyweight competitors like Tunecore become the Hotmails of the music distribution future?

One critical detail we don’t know is whether Spotify plans to charge artists to distribute their music to competing platforms like Apple Music.  But even a nominal charge gives Spotify+Distrokid a major leg up.  For starters, artists are guaranteed frontline access to Spotify for Artists, and free Spotify distribution.  But even a discounted distribution package to completing platforms makes it difficult for other distributors to effectively compete.

In the wake of Spotify’s initial direct-upload announcement, digital distributors downplayed the importance of the deal.  The main reason was that artists need distribution everywhere.  Now, Spotify has addressed that issue head-on.

Is Apple Music the next big foot to drop?

According to another source that works with multiple streaming services, Apple Music is ‘highly likely’ to counter Spotify’s move with its own direct distribution strategy.  Currently, the company has a robust system for uploading all sorts of content, though artists have been using intermediaries since iTunes Music ruled the landscape.

Now, Apple is facing pressure to change that approach, with a direct-upload tool potentially ahead.  And that pressure will only intensify once Apple Music starts getting uploads delivered by Spotify.

The result could be that two of the largest streaming platforms in the world will be offering direct-uploading capabilities to artists, not to mention distribution to competing services as well.

But that doesn’t necessarily mean that digital distributors are going to get squeezed entirely.  Perhaps this is simply an ‘evolutionary event’ for the distribution space.

Moving beyond commodity distribution, companies like ONErpm and Empire Distribution are creating hybridized distributor/label companies, with high-touch service and A&R.  “Everyone does distro,” ONErpm Emmanuel Zunz told us.  “That’s why we position ourselves as a solutions company or a modern music company that is constantly evolving.”

There’s also another detail that shouldn’t be overlooked.  Switching distributors is easy for early-stage artists, but it gets far trickier for those with years of data, play counts, and royalties to think about.  In many cases, we’ve heard that artists can lose valuable play counts and even playlist slots when they switch distributors, both on the DIY artist and label distributor side.

Meanwhile, we’re waiting for more news on the Spotify+Distrokid front.  Including the distinct possibility that Spotify’s minority investment turns into something more.