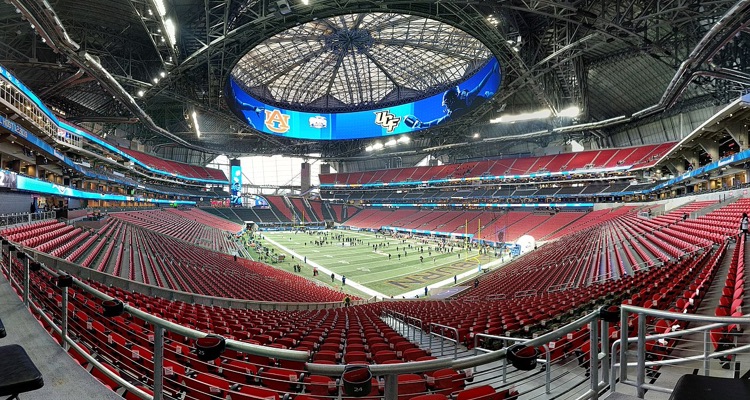 In support of Rihanna and Colin Kaepernick, Amy Schumer has declined to appear in any advertisements aired during the NFL’s upcoming Super Bowl LIII.  Now, she’s calling on Maroon 5 to pull out of the Halftime Show.

Last week, Rihanna dropped a bombshell after declining a prestigious invitation to play the NFL’s upcoming Super Bowl LIII Halftime Show in Atlanta, GA.  Rihanna reportedly rebuffed the offer in a show of solidarity with Colin Kaepernick, who is currently suing the NFL and its owners for collusively blocking his re-entry into the league.

Rihanna’s decision was quickly followed by a report that Pink had also declined an appearance, though it’s not clear why Pink said no.

Now, Amy Schumer is jumping into the fray, and potentially sparking a broader boycott of the event.

“I wonder why more white players aren’t kneeling,” Schumer wrote on social media.  “One you witness the truly deep inequality and endless racism people of color face in our country, not to mention the police brutality and murders. ”

“I think it would be cool if @maroon5 backed out of the Super Bowl like @badgirlriri did.  I personally told my reps I won’t do a Super Bowl commercial this year.”

“Hitting the NFL with the advertisers is the only way to really hurt them.”

Maroon 5, a ‘safe choice’ for the NFL, has yet to respond.  But this controversy is unlikely to die down, especially with mega-brand Nike solidly backing Kaepernick’s cause (Pepsi will be the marquee sponsor of this season’s event).

Separately, unconfirmed reports have also pointed to a declined invitation from Cardi B, whose solidarity with Kaepernick is well known.

And another monkey wrench to toss into this: Maroon 5’s ultra-successful single, ‘Girls Like You,’ features Cardi B.  That was an unexpected duet, though it opens the possibility of additional pressure coming from Cardi B herself.

There’s also a giant question mark over who will perform the pre-game National Anthem — with a cloud of controversy potentially surrounding the selection.   Pink sang the National Anthem during this year’s Super Bowl XLII.

Super Bowl LIII is slated for February 3rd, 2019 at the Mercedez-Benz Stadium in Atlanta.