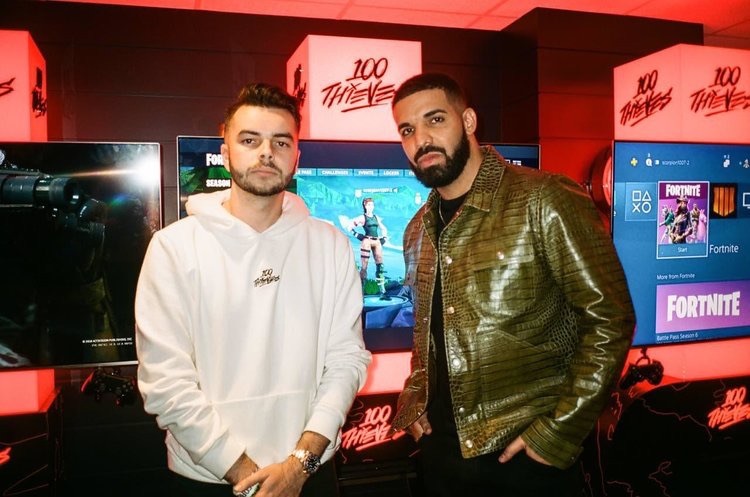 Drake and producer Scooter Braun have purchased a stake in the eSports organization 100 Thieves.

100 Thieves is a professional eSports organization founded by Matthew Haag. The organization just completed its Series A funding round.

Other eSports companies like Evil Geniuses and Cloud9 have shown the profitability of eSports entertainment. 100 Thieves is a group associated more with streetwear than gaming gear. The press release announcing the investment states that Drake and Scooter Braun consider the organization a lifestyle and apparel company before an eSports organization.

Matthew Haag’s in-game handle is Nadeshot, and he’s made quite a name for himself with popular games like Fortnite and Call of Duty. Haag’s videos are popular on YouTube with fans. Haag has a close partnership with Ninja, the most popular Fortnite streamer.

For now, the announcement states that 100 Thieves will focus on collaboration between its apparel and Drake. No mention of whether Drake’s personal clothing brand OVO will be impacted due to the partnership.

Drake is known to be a casual Fortnite player, so the investment makes sense. Fortnite has taken the world by storm with players like Ninja and Nadeshot garnering millions of views each month on YouTube and Twitch. Drake has even dropped in to play duo rounds with Ninja during a live stream on Twitch.

100 Thieves has managed to raise over $25 million in funding to date, though the company did not disclose the amount generated by Series A.

Both Drake and Scooter Braun will act as strategic advisors for the company. Braun has joined the company’s board of directors to help guide the young company.

Haag says the company’s top priority is to “win world championships, but our ambitions go far beyond competitive gaming.”