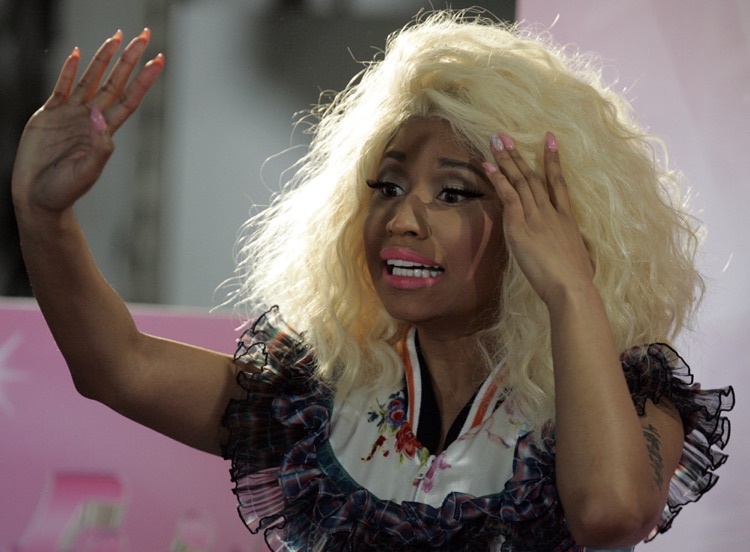 The Minaj song is perhaps ironically titled “Sorry,” and features rapper Nas.  At this stage, we’re not sure if Nas will also be subject to legal penalties, though a lot could depend on how this case shakes out.

Chapman has a history of being protective of her body of work, saying she’s not a fan of the practice.  “I’m not really a fan of it, especially if people do it without permission,” Chapman once stated.  “It can work sometimes but at other times it may not be in line with the music that somebody may have come to appreciate from the original.”

Chapman filed the suit over the sample of her 1988 hit, “Baby Can I Hold You”. Nicki Minaj repeatedly asked Chapman to grant her the rights to sample the song in her works, but Chapman did not.

Which means permission not granted, and the requisite apology is not being accepted.

Minaj released “Sorry” in August of this year but did not include it on her newest album.  However, the song premiered on New York’s Hot 97 before making its way online.

Chapman’s suit says Minaj’s song “incorporates the lyrics and vocal melody” of her song, including “its most recognizable and memorable parts.”

Chapman is seeking damages and is hoping to stop the official release of the song. The suit also says she wants to prevent Minaj from “copying or otherwise using or exploiting” her work.

Minaj claimed she didn’t know the song contained an unauthorized sample and reached out to Chapman on Twitter in August when it released. She also tweeted a poll asking her fans if she should delay the release of Queen until the Chapman dispute was resolved.

Nicki later tweeted a simple, “Sis said no” before deleting the tweet.

The official “Sorry” video on Minaj’s VEVO-owned channel has received a copyright strike on YouTube.

It is also no longer available on any streaming platform. You can still listen to the song below (at least for now).