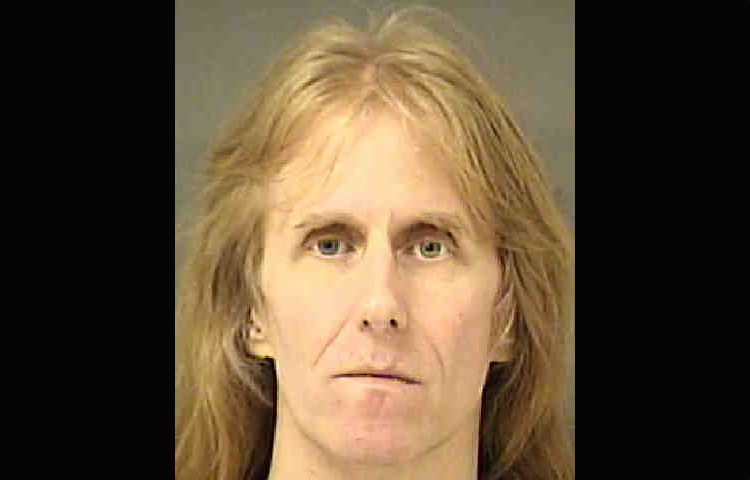 Manowar guitarist Karl Logan has been arrested for possession of child pornography, according to the Mecklenburg County Sheriffs Office.

Karl Logan has been with the heavy metal band Manowar since 1994 when he replaced David Shankle. The 53-year-old was arrested on August 9 in Charlotte, North Carolina and charged with six counts of third-degree sexual exploitation of a minor.  A warrant for his arrest was issued back in August, and his bond was set at $35,000.

Logan has bonded out of jail for now, but he will not be present for the rest of Manowar’s The Final Battle tour. The band’s official Twitter account addressed the arrest report saying that he would not continue to perform with Manowar.

Regarding Karl Logan
With regard to Karl Logan’s arrest and the charges against him:
Due to the fact that Karl and his attorneys are dealing with these issues, he will not perform with MANOWAR.
The new album and upcoming tour will not be affected.
Magic Circle Entertainment

Manowar also stated that the upcoming tour would not be affected.

The band announced plans for retirement back in 2016 after more than 40 years of performing.

Their last world tour is called “The Final Battle” and features a new drummer from Brazil.  Looks like the band will need to audition a new guitarist for the tour, too.  The Final Battle’s first show is slated for February 2019.

Fans who learned of the news shared their disappointment, but many began calling for the return of Ross the Boss or David Shankle. Others have been disappointed by the band’s lawyerish response and were hoping for a statement from Joey or Eric.

Manowar has often boasted of being the loudest heavy metal band on the planet.

According to the law in North Carolina, a person commits a felony third-degree sexual exploitation of a minor if they knowingly possess a visual representation of a minor being sexually exploited.  Logan is facing six counts.

We’re also unclear how Logan got busted, though one possibility is an undercover investigation or source.  In other cases, vigilante hackers have been known to hunt down online pedophiles, and tip off police.

Prior to joining Manowar, Logan played with several bands in northeastern Pennsylvania including Arch Angel and Fallen Angel.