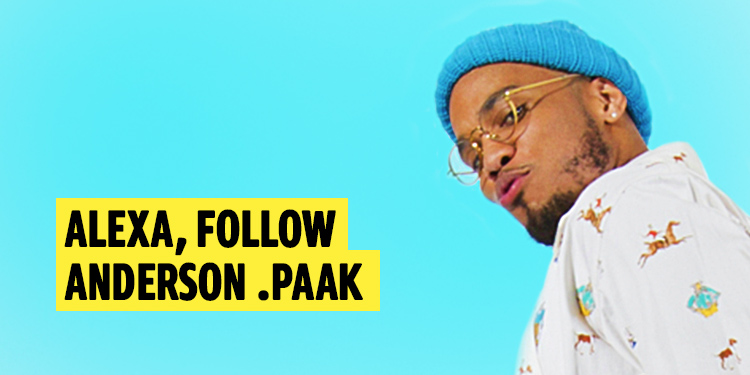 Amazon Music subscribers in the US can now ask Alexa to follow their favorite artist.  Once set, the user will receive notifications when a new song or album drops.

When news awaits, a yellow light ring will appear on each Echo device.  The system will also be offering notifications through the Amazon Music mobile app.

To use the feature, just say “Alexa, follow Fleet Foxes” (or your artist of choice).  You can also request to be notified about new music on a more general basis.

This gets deeper for power users/fans.  Users can also ask to hear the latest track or album from their favorite artist, which will begin playing immediately.  Alexa is even ‘context-aware,’ allowing users to ‘follow this artist’ when a track is playing.

The Amazon Music app has also been updated with a follow button that performs the same function.

Amazon has partnered with a handful of popular artists to promote the new feature, including the aforementioned Anderson Paak and Future.

You can check out the commercial promoting the feature (and Future) below.

Compared to Spotify and Apple Music, Amazon remains a relatively low-key player in the music industry for now.  But the company is making aggressive moves, with voice-powered features a critical competitive differentiator.

The biggest difference between Amazon’s two services is the library of music.  Prime Music has around 2 million songs, while Amazon Music Unlimited has 10 million+ and counting.

As for Spotify and Apple Music, both services only offer basic voice control functionality through Alexa and other digital assistants.  But Google remains the most competitively positioned on voice-enabled hardware, with Google Play and YouTube Music the biggest potential beneficiaries.