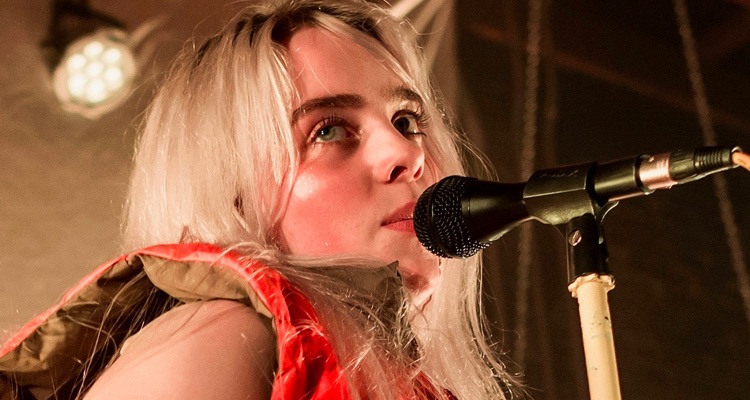 Universal Music Group has announced a co-publishing deal with the meteoric Billie Eilish.

The 16-year-old singer is currently working on her debut album for Darkroom/Interscope.  Eilish’s song, “Ocean Eyes,” appeared on SoundCloud and rocketed Eilish to prominence when she was just 13 years-old.

She signed with Interscope shortly afterward for a nine-track EP called Don’t Smile at Me.  Eilish has been on board the singles train ever since, and has earned two RIAA platinum certifications for “Ocean Eyes” and her duet with Khalid in “Lovely.”  The song was featured in the second season of the Netflix show 13 Reasons Why.

Eilish’s single, “You Should See Me In A Crown,” garnered more than 1 million streams within the first 24 hours of its release online.

“In supporting Eilish, we are pleased to be working with Justin Lubliner from Darkroom, as well as John Janick and the fantastic Interscope team,” Universal Music Publishing Group Chairman and CEO Jody Gerson remarked.

Billie Eilish’s latest single, “When The Party’s Over,” was written by her brother Finneas O’Connell.  The song debuted at the number one spot on Apple Music and iTunes Alt charts.  It also became the top song on Beats 1 Radio with more than 92 million streams across all digital platforms.

Eilish is currently working on her debut album and her sold-out North American tour, “1 BY 1.”

One thing worth noting is the role SoundCloud has played in this story.

Like Post Malone, Eilish uploaded her first tracks to SoundCloud while relatively unknown.  In both cases, the sharp trajectory towards stardom eventually involved deals with Universal Music Group properties (in the case of Post Malone, the rapper is signed to Republic Records).

That is undoubtedly being noticed by recently-installed SoundCloud CEO Kerry Trainor, who aims to further the platform’s influence in early-stage careers.

Here’s “When The Party’s Over”…