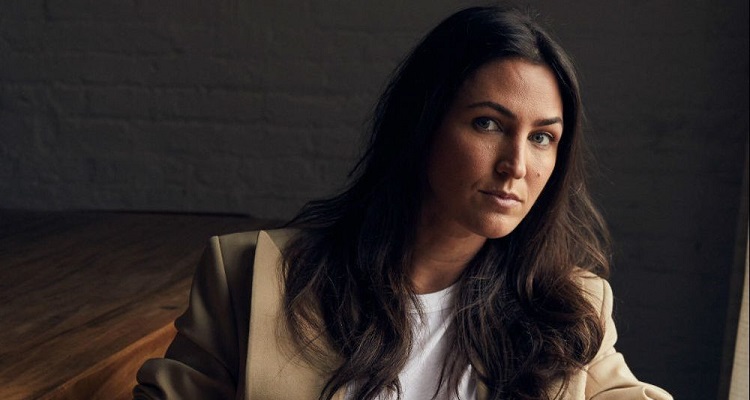 Sahar Elhabashi, a six year executive at Condé Nast, will serve as Vice President of Content Business at Spotify.  She joins her former boss, Dawn Ostroff, who left Condé Nast earlier this year to join Spotify.  Elhabashi’s duties will remain similar to those at Condé Nast, where she served as Executive Vice President and Chief Operating Officer.  Both executives have a strong background in television.  Elhabashi will join Spotify on December 10th.

Jeff Davis will serve as Director of Northeast Promotion and Marketing at Big Label Records per All Access.  He previously served at Red Bow Records.

Both will serve in Los Angeles.

Island Records poaches an executive from Columbia to replace a departing executive.

Mike DePippa, Senior Vice President of Promotion at Island Records, will leave the label at the end of the year.  He had joined Island in June 2017, previously serving at Republic and Sony.

Ayelet Schiffman, Senior Vice President of Rhythm and Dance Promotion at Columbia Records, will head to Island to replace DePippa per Variety.  She first joined Sony in 1994.

Emily White will serve on the Board of Directors at Well Dunn.  She currently serves as a Founder Partner at Collective Entertainment, a music and sports entertainment company.  Dunn’s clients include Fox Stevenson, Torres, and Olympic swimmer Anthony Ervin.

Jay Harren will serve as Head of Music Business Development.  He previously served as Vice President of A&R and Artist Development at Sony Music.

Another one gone at Snapchat.

Nick Bell, Vice President of Content at Snap, will leave the company.  In a memo, the five-year executive said he’ll leave at the end of the year, then take time off.  This year, Snap has lost its Chief Strategy Officer, Imran Khan, and Vice President of Product, Tim Conrad.

Bankrupt iHeartMedia reshuffles its board.

Bob Pittman will remain as CEO and Chairman of the Board at iHeartMedia.  Rich Bessler will also keep his current positions as Chief Operating Officer and Chief Financial Officer.

Brad Burnside will serve as Vice President of Partnerships and Operations at West One Music Group per MBW.  He’ll expand activity in the broadcast and production space and oversee strategy and leadership in the US.

Chris Brown, Head of West One’s Trailer music label and Custom Music Manager, will relocate from London to the US.

In a newly created role, Emma Bownes, former Programming Director, will serve as Vice President of Programming.  She joined the company eight years ago, programming, developing, and curating content for The O2 and SSE Arena at Wembley.

Paul Reeve, former Finance Director for The O2 and The SSE Arena at Wembley, will serve as Chief Financial Officer.  He joined AEG Europe five years ago.

Primephonic unveils a slew of appointments.

John Dalton will serve as Head of North America per Billboard.  He previously served at The Toccata Group, an entertainment consulting firm.

Henrique Boregio will serve as Chief Technology Officer.  He previously served at Picnic, a Dutch startup.

Julia Ryan, a veteran Senior Publicist, will serve at The Press House per Billboard.  She recently served at Blue Note Entertainment Group.

Dylan Newman will serve as Director of A&R at KIDinaKORNER, a music company owned by Interscope Geffen A&M Records per All Access.  He previously served as Promotions Assistant at Epic Records.  Newman will report to company founder Alexander Grant, better known as Alex Da Kid.

Lauren Longbine, Big Machine Label Group (BMLG) Records’ Director of Southwest, has left the company per All Access.  She had served at the label since 2015.

Richard Johnson will serve as an Executive Advisor at Gifnote, a music messaging platform.  He’ll lead the platform’s strategic partnership with the music industry, large-scale technology integrations and business development efforts for its API.  He previously served as President of Qello, an OTT streaming concert service he co-founded.

John Boulos, former Executive Vice President of Promotion at Atlantic Records, will join Arista Records in the same role.  Boulos had served for 11 years at Roadrunner and Atlantic Records.

In a newly created role, Eric Cohen will serve as Executive Vice President of Finance at NuVoodoo Media.  He previously served at Westwood One.  Based in New York, Cohen joined NuVoodoo earlier this year.

Bruce Solar has been named Partner and Co-Head of Worldwide Music at APA.  He’ll oversee the concerts division’s West Coast operations along with Co-Head Steve Martin.  Solar joined APA from The Agency Group in 2015, serving as Executive Vice President of Global Touring.

Helen Murphy will serve as CEO of ole, a global rights company.  The music industry veteran succeeds Robert Ott, ole’s Co-Founder.  He’ll serve as an advisor to Murphy, and on the Board of Directors.

Condé Nast confirms a promotion and a replacement for a former executive.

Oren Katzeff will also succeed Dawn Ostroff as President of Entertainment.  He recently served as Head of Programming at Tastemade.  Katzeff will assume responsibility for the publisher’s film, TV, and digital studio.  Ostroff left in June to head up content at Spotify.