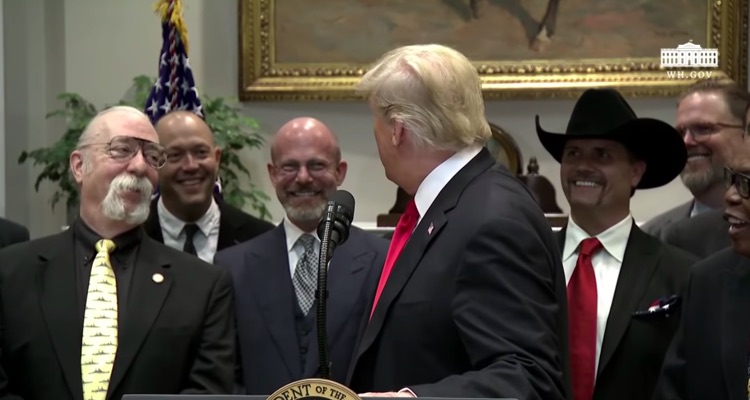 Now, that group has quickly lost a pair of board members, for reasons that remain suspicious.  Others are also rumored to be departing.

The AMLC was the first to declare its intentions of handling the responsibilities of the Mechanical Licensing Collective, or MLC, which is a collective mandated by the now-passed Music Modernization Act (MMA).  Interestingly, the AMLC beat a consortium of major publishers to the punch, a group that was largely expected to assume the MLC’s responsibilities with no competition.

But at least two AMLC heavy-hitters have contracted a quick case of cold feet, according to details confirmed by Digital Music News.

Among the quickly-departed are George Howard and Larry Mestel, with neither offering a reason for their exits.

Both are extremely qualified to help manage the MLC’s charter of administering digital mechanical licenses.  George Howard is the cofounder of both Music Audience Exchange and TuneCore, and CIO of Riptide Publishing.  Mestel is the founder of independent publishing and entertainment company Primary Wave.

But earlier this week, the profiles of both Howard and Mestel were removed from the AMLC site with no explanation.  Howard didn’t respond to an email sent on Monday, and the AMLC did not offer a reason for the departures.

Other names were also floated as either exiting or opting not to sign onto the AMLC at the last minute.  We’ll report more departures as we confirm them.

Separately, a source close to the AMLC claimed that the departures were directly tied to threats by major publishers, with the National Music Publishers’ Association (NMPA) and at least one highly-influential publishing executive cited.

That group may be unhappy to be battling an MLC contender, though government-created agencies and contracts typically involve bidding processes.  In fact, ‘no bid contracts’ are often regarded as an unfair, and a sign of corruption.

We reached out to NMPA president David Israelite on Monday morning to discuss the allegations, but have yet to receive a response.

Separately, AMLC cofounder Jeff Price confirmed to DMN that threats had been issued, but declined to name names.  Price, who cofounded TuneCore and more recently founded Audiam, remains a board member of the AMLC but noted that he has “received threats that I recuse myself from the board or suffer repercussions to my career.”

Beyond that, Price was uncertain if other board members had received similar threats, but strongly suggested the possibility.  “If there is a coordinated effort, and a colluded or orchestrated effort occurring to remove people from the AMLC, the question is why?”

“Is there something with the core mission statement they want to change? Otherwise what could it possibly be?”

That ‘core mission’ is likely a contentious one to the NMPA, which has been accused — by Price and others — of creating an MLC structure that unfairly enriches major publishers at the expense of independent songwriters.

Indeed, the formation of the AMLC appears to be motivated by issues related to MLC conflicts of interest, specifically those tied to the treatment of ‘unallocated funds’.

According to the MMA’s language, mechanical licenses that remain unclaimed after just one year will be largely mopped up by major publishers according to marketshare, an arrangement that has drawn protest.  The value of the initial unclaimed tranche of funds has been estimated to be as high as $1.5 billion, at least according to a report by Variety.

But at least one other AMLC member says that there haven’t been threats — and the rest are remaining with the organization.

That includes AMLC board member Benji Rogers, who says he’s received largely positive feedback.  “I intend to stay and have had no pressure to leave,” Rogers emailed DMN.

“Actually the opposite. People seem to be excited about it.”

Ricardo Ordoñez, who aims to rectify longstanding problems with international mechanical licensing payment flows via the AMLC, also said he’s staying put.  “I am still on the board and not planning to leave,” Ordoñez told us on Monday.

Prodigious multi-platinum songwriter Rick Carnes is also remaining on the board: “Yes I will be remaining on the AMLC board….” Carnes emailed.  “It is important that ALL of the potential MLC boards have qualified and dedicated Songwriter board members. It is in that interest that I agreed to serve on the AMLC.”

Also staying put is Stewart Copeland, former drummer of The Police and the highest-profile AMLC member.

Separately, there’s been no MLC-related announcement from the NMPA or its members.

That group, which helped to mastermind the passage of the Music Modernization Act through Congress, has been rumored to have pre-selected SoundExchange to oversee MLC mechanical administration.  Prominent members of that group are expected to include Sony/ATV, Warner/Chappell, and Universal Music Publishing Group (UMPG), among others.