69% of British Concertgoers Support Limitations on Phones at Concerts 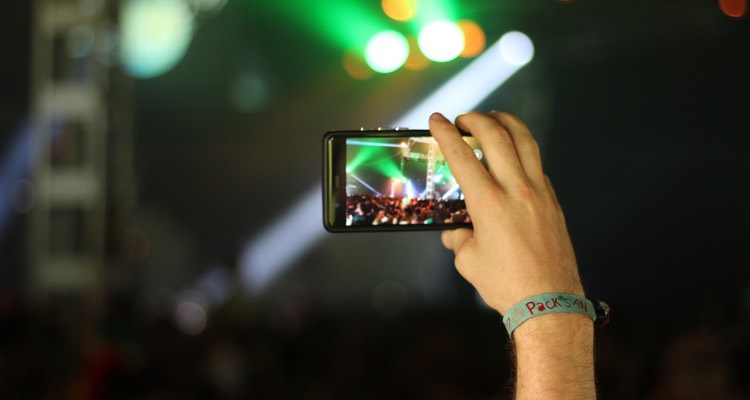 Eventbrite has conducted some research to determine how concertgoers feel about people who use their phones at concerts.

The ticketing agency asked British adults 18 and over how they felt about pervasive use of phones at concerts.  The results were both surprising and even self-contradictory.

Overall, the study has determined that the majority of British adults are in favor of restricting phones at concerts, with ‘more than minimal action’ to curb the problem.  Of the 1,000 adults surveyed, 70% said they found it irritating when someone takes a picture or video at a concert on their phone.

69% agreed some action should be taken to prevent it from happening.

A further 65% of respondents felt that taking pics and videos compromises the live experience for them.  But despite the negative response concerning picture-taking by attendees, at least one-third of respondents said they had taken pictures or videos in the past year and felt it was an integral part of the experience.

But that wasn’t the only contradiction.

Of the adults surveyed, 49% said they had taken photos or videos at a concert within the last twelve months.  It should be noted, however, that the trend of taking pictures at concerts is largely being driven by younger attendees. 18-24 and 35-44 were most likely to snap photos, with 62% saying that they had done so in the past twelve months.

81% of people said they understood that the artist and performer might not want pictures or video of the event taken.

56% of women who were surveyed were more likely to take pictures and video compared to 41% of men.

While plenty of people said they found it annoying to have their neighbors using their phones at concerts, plenty admitted to the behavior themselves. Dr. Lee Hadlington said it’s a paradox because people dislike the behavior in others but not themselves.

“People are saying ‘it’s OK if I use my phone at an event – because I want to get this special photo – but when someone else does it, that’s really annoying.”

Several artists like Adele, Kendrick Lamar, Childish Gambino and more have asked their fans not to use their phones during their performances. Despite that, videos of live performances can be found littering YouTube.