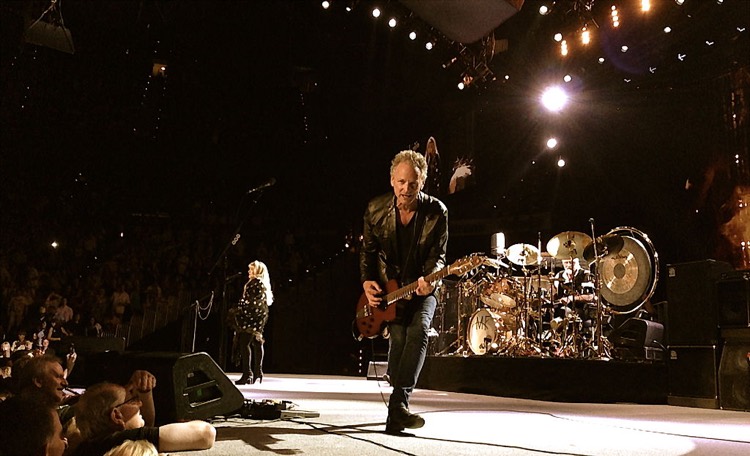 Former Fleetwood Mac member Lindsey Buckingham sued his bandmates after they booted him from the band earlier this year.

In a new interview, Buckingham says the suit has been settled, but he refused to disclose the terms.

“We’ve all signed off on something. I’m happy enough with it,” he told CBS This Morning on Saturday’s show.  “I’m not out there trying to twist the knife at all.  I’m trying to look at this with some level of compassion, some level of wisdom.”

Buckingham sued the band back in October after the group’s representative informed him that Fleetwood Mac would begin touring without him.  In the suit, Buckingham alleged that not a single member of the band spoke to him directly about the decision.

Buckingham believes he was fired from the band after he asked them to postpone their tour three months for his solo gig. Buckingham also mentions he had a falling out with Stevie Nicks after his performance at the MusiCares benefit concert.

According to unnamed sources, Nicks gave the band an ultimatum to choose Buckingham or her.  Shortly after that ultimatum, the band’s manager, Irving Azoff reportedly informed Buckingham that he was fired.

Buckingham said in the CBS This Morning interview that bandmate Christine McVie had reached out to him.  In an email, McVie stated she had “nothing to do with any of this,” according to McVie.  The two had previously released a collaborative album last year.

The email also stated, “I believe deep in Stevie’s heart that she would like you to come home.”

Fleetwood Mac refused to offer a comment on the recent interview.  The band’s tour was extended into at least April 2019 with shows scheduled across North America.