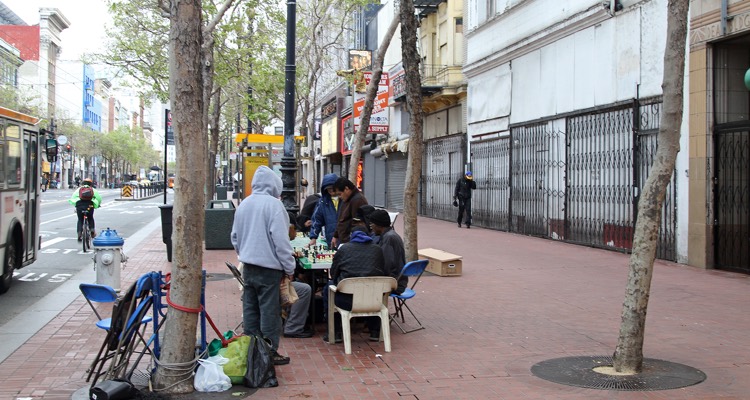 Spotify has left its San Francisco ‘Mid-Market’ office space and moved to the north Financial District.  With the move, the Swedish tech company has given up its tax breaks as well.

When the company moved into San Francisco’s Mid-Market offices in 2013, many city officials hailed it as a major step towards revitalizing the troubled neighborhood.  Spotify, along with other tech companies like Twitter, were given a controversial employee tax break for choosing to locate its offices in the area.

Spotify accepted the terms and settled in at 988 Market Street.

But it seems that the breaks weren’t enough to keep the company at that address.  Citing safety concerns as the reason for leaving, former Spotify employees said that they did not feel secure at that location.  Accordingly, they broke the lease and ditched the revitalization effort.

Even though the company brought many high paying jobs to the area, it did little to change the core demographics of the area, which has a high concentration of homelessness, drug dealing, and crime.

As part of the tax break the company received, Spotify was required to provide “community benefits” which amounted to donations, volunteer work, providing meals to the less fortunate, and subsidizing art and concert tickets for events in the neighborhood.

With the move, Spotify has given up its substantial tax breaks and has not applied to extend them so far.  They have until the end of December to do so.

The number of employees the company has in San Francisco has fluctuated between 30 and 50. And according to the company’s website, there are only two job openings in the city.  For now, it looks like the company will be hiring mostly in Stockholm (the company’s original headquarters) and New York City.  Both cities have 72 and 109 job openings, respectively.

This move will be a blow to an already struggling neighborhood.

Mid-Market and the Tenderloin neighborhoods currently have the highest violent crime rate in the city.  There are still other tech companies in the building that Spotify has abandoned.  They are Zendesk, match Group, and Benchmark.