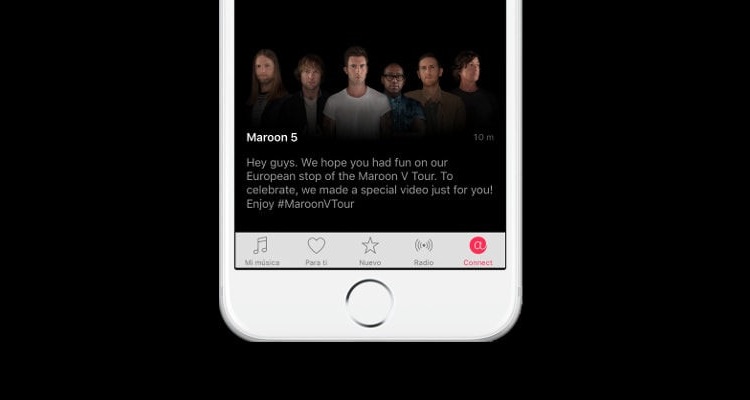 Similar to Last.fm, the iTunes-based social network allowed users to follow people, including artists.  They could post comments, set up groups of friends, view custom songs, and find thousands of concert listings.

There was just one problem.  Very few had actually used the service.

“I think the customer voted and said this isn’t something I want to put a lot of energy into.“

Apple, he added, doesn’t “need to have a social network.”

The Cupertino company will remove the ability for artists to post new works on Apple Music Connect.

“We’ve made a few changes to Apple Music that we’d like to tell you about.

“We’re always looking for ways to enhance our focus on artists and help them better connect to fans.  So we’ve given Artist Pages an all-new design and added new, personalized Artist Radio.

“Today we’re streamlining music discovery by removing Connect posts from Artist Pages and For You.  This means you’ll no longer be able to post to Connect as of December 13, 2018, but all previously uploaded content will still be searchable until May 24, 2019.  You can still create Artist Playlists with the latest version of Apple Music.”

“Apple Music in iOS 12 makes it easier to browse an artist’s catalog and discover new music to play.  You’ll find the following changes in the new Artist Pages:

“Improved Organization: Artist Pages are now better organized to make it easier to find the music you’re looking for, including Essential Albums and a featured release at the top of each artist’s page.

“Personalized Artist Radio: Every Apple Music artist now has their own radio station.  Press [play] at the top of any Artist Page to start listening to music from across an artist’s catalog.”

On the bottom of the post, in very small font, the company confirms,

“Connect posts from artists are no longer supported.”

Apple Music Connect first launched with the service in 2015.  This allowed musicians a way to reach out to new fans.  Jimmy Iovine, the service’s former Head of Music, promoted the service alongside Drake at WWDC 2015.

Shortly after launch, however, the company all-but-abandoned the feature.  Few artists had actually used it.

You can now find the feature in the For You section, below music recommendations and personalized playlists.

Featured image by iPhonedigital (CC by 2.0).