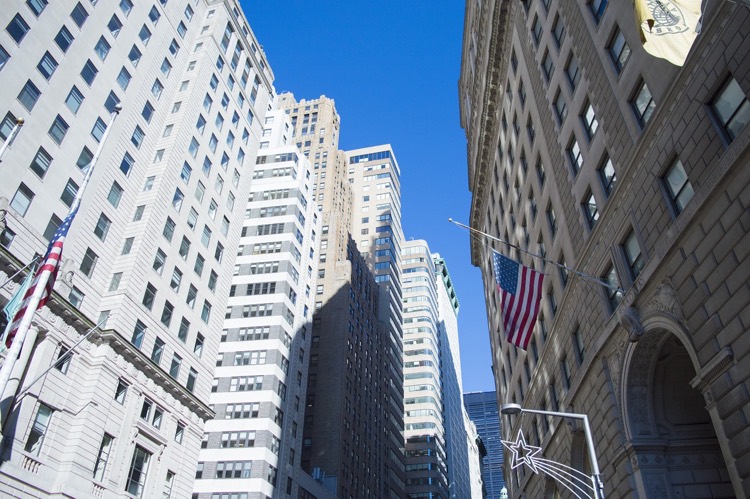 Spotify — like most stocks on Wall Street — suffered another substantial drop on Wednesday.  But is $200 still a realistic target?

Those weathering past Wall Street bubbles have seen this story before.  But is Spotify spectacularly crashing to Earth, or merely suffering through some turbulence?

Most analysts prefer the latter explanation: despite extreme market rockiness, consensus price targets on Spotify remain at $200, with a strong majority applying ‘buy’ ratings on the stock.  Sounds hopeful, though that consensus is looking increasingly unrealistic.

In Wednesday trading, Spotify brushed another scary low of $115.86 before finishing at $118.67.  It’s the most dismal trading day yet for Spotify following its public offering in April.

Since Spotify’s July peak of nearly $199, the stock has shed more than $14 billion in market cap.  That’s an average of nearly $3 billion a month, with major labels Warner Music Group and Sony Music Entertainment shrewdly parachuting out near the peak.

Now, the question is how low Spotify can go.

The notoriously high-spending company faces a myriad of serious challenges ahead, with aggressive competition and profitability both major concerns.  While analysts are calling for a $200-plus return, realists might be looking at a sub-$100 future.

Meanwhile, the bigger picture could prove punishing to Spotify.  After the closing bell on Wednesday, stocks hit another 14-month low, with the S&P 500 crashing through its February intraday bottom.  Continued fed tightening of interest rates and a global economic slowdown are dampening the mood, with 2019 potentially a brutal year for stocks.

In Wednesday trading, the Chinese streaming music company also brushed against a brand-new low of $11.81.  Tencent recently went public on December 12th at a $14 valuation.  For Tencent, the IPO was a risky bet that is quickly going sour.