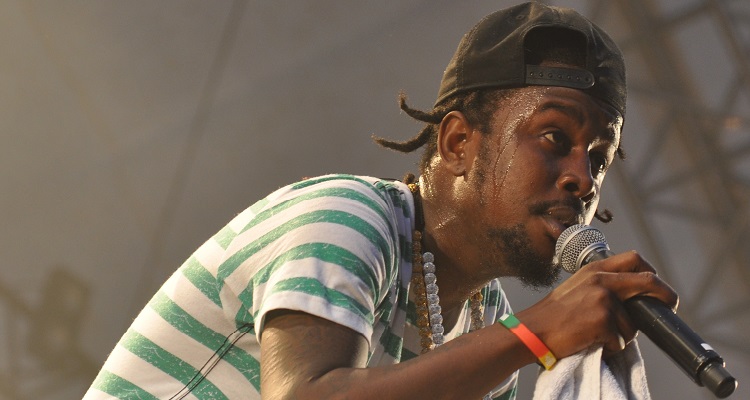 Drake has remained rather busy in 2018.

Following the launch of his Aubrey & The Three Migos tour, the Canadian rapper unveiled a Scorpion-themed pop-up store in New York City.

The temporary retail outlet featured items with Scorpion logos, hoodies, shirts, and sweaters.  The move followed a similar strategy by Taylor Swift.  She opened a splashy store on the Third Street Promenade in Santa Monica.  Her tentpole album and tour helped to propel excitement around the pop-up store idea.

The Canadian rapper also secured partial distribution rights in the UK to a police brutality film.  Dubbed Monsters and Men, the movie tracks the aftermath of the murder of a black man by police.  The movie will debut in the UK & Ireland on January 11th, 2019.

Now, as the year wraps up, the Canadian rapper has confirmed another major move.

Drake has confirmed a major signing to his OVO Sound label.

He told the crowd,

“This is something we’ve worked on for a very long time.  I just wanna let everybody know, finally.  Officially, 2019 Popcaan is signed to OVO.”

Over the last three years, Popcaan has made a name for himself, appearing on multiple Drake tracks.  He appeared on ‘Know Yourself,’ ‘Controlla,’ ‘Too Good,’ and on the Canadian rapper’s album, More Life.

Years ago, the dancehall artist explained his relationship with OVO Sound in a radio interview.

“OVO is straight up family because Drake was the one that said OVO Unruly.  [He] has me as Drizzy Drake in Jamaica.  So when I view [him] as a young youth that is doing well in the game, it’s the same way I view myself also.”

At OVO Sound, Popcaan joins PartyNextDoor, Majid Jordan, Plaza, and Baka Not Nice, among others.