Mariah Carey’s ‘All I Want For Christmas Is You’ Crushes Spotify Records, But Only Earns $66,000 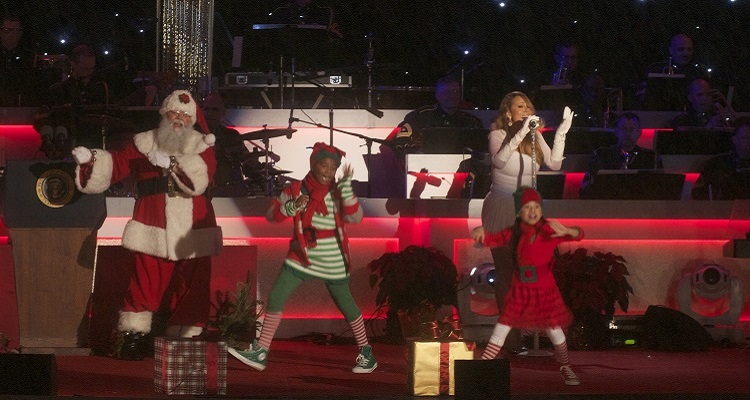 Mariah Carey’s 1994 hit just beat out XXXTentacion and Drake on Spotify.  But, was it really worth it?

According to Billboard, Mariah Carey’s hit, ‘All I Want For You,’ has emerged as one of the highest-charting Hot 100 hits in 60 years.

On the chart ending December 22nd, 2018, Carey’s track became the top-charting song of the season on the Hot 100.

Last year, ‘All I Want For You’ hit the Top 10 for the first time, landing at No. 9.  Last week, the song rose to No. 7.  Her song has now bested Kenny G and New Kids on the Block’s Christmas tracks as the highest-charting holiday song in the Hot 100’s history behind ‘The Chipmunk Song.’

Now, the song has broken a record on Spotify.

Move over, XXXTentacion and Drake.

‘All I Want For Christmas Is You’ reportedly took 15 minutes to write.

“All I Want For Christmas Is You” by Mariah Carey has broken the Spotify record for the most streams in a single day with over 10.8 MILLION streams.  The previous record was held by XXXTentacion’s “SAD!” with 10.4 MILLION streams on June 19th.

“Such an amazing Christmas gift! THANK YOU #L4L.” 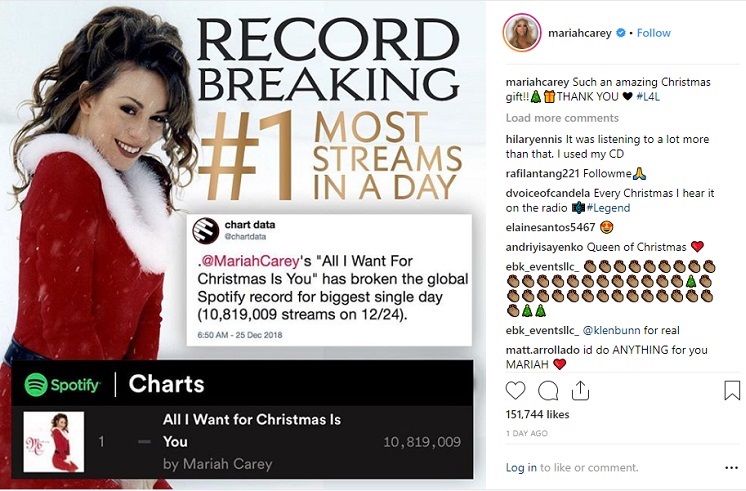 Per Rolling Stone, at $0.006 per stream, the track’s nearly 11 million streams would’ve netted her label just under $66,000.  That number is split among various rightsholders, including co-writers, producers, label executives, and publishers.

Featured image by The United States Army Band (CC by 2.0).