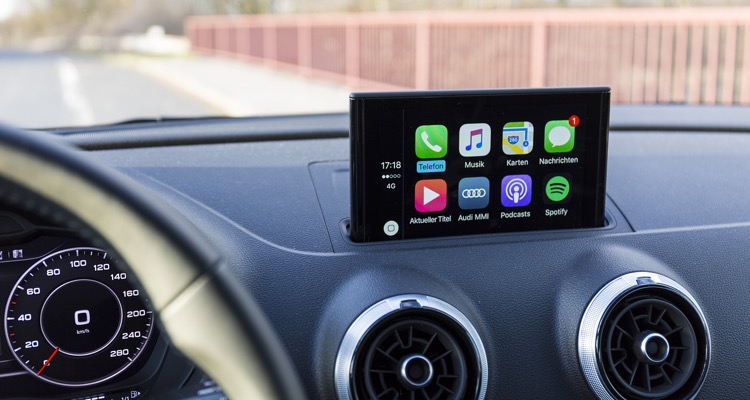 Spotify has launched a new car view for a simpler Now Playing screen when listening to Spotify over Bluetooth.

The new view is available globally to all Android users.

The simpler Now Playing view will appear when your phone is connected to your car’s Bluetooth.  Browse, search, seek, and skip are all easier-to-access commands in the new mode.  Free users can experience the new view through Shuffle Mode.

Listeners can opt out of car view by tapping the three-dot menu.  The new mode can be permanently disabled from within the Settings menu.

Since change isn’t always met with open arms, it’s nice that Spotify is allowing users to opt out.

Right now the feature is only available for devices that connect through Bluetooth. An AUX cable connection is not supported.

Spotify hasn’t announced when the new car view will be available to iOS users.  The FAQ released alongside the new feature says that Spotify will announce iOS compatibility as soon as it’s ready — though not timetable was offered.

One user has already noted that the new car mode doesn’t feature podcast controls.  When listening to podcasts on Spotify, forward/back 15 seconds replaces the previous and next buttons.  This feature seems to be missing from car view.

The new car view is designed to cut down on distractions for drivers.  Several people have responded to the change on social media, asking the streaming service for a way to enable to new view all the time.  Making the feature a toggle would also solve the problem of getting the interface to work with AUX cord users.

Perhaps by the time the feature is ready to roll out to iOS users, Spotify will add the option to keep it as the default view for listening to music.