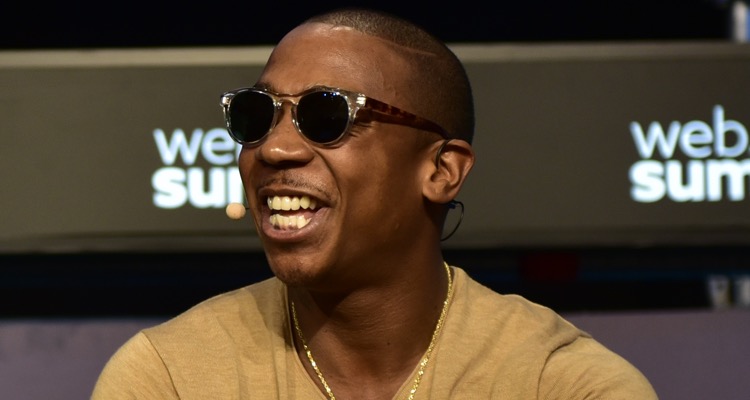 Fyre Festival cofounder Billy McFarland is in prison for 6 years on financial fraud charges.  But what about the other cofounder, Ja Rule?

Just days after a pair of documentaries examining the Fyre Festival have been released, festival cofounder Ja Rule is finally responding to allegations of fraud.  The rapper, who teamed up with Billy McFarland to coordinate the Bahamas-based event, is now claiming that he knew nothing about the rampant fraud leading up to the festival.

And somehow, Ja Rule (whose real name is Jeffrey Atkins) also had no idea that the grounds on Grande Exuma island were in complete disarray just days before showtime.

Instead, Ja Rule is claiming that he was the victim of a massive fraud, instead of the perpetrator of it.  “I too was hustled, scammed, bamboozled, hood winked, lead astray!!!” Ja Rule tweeted, drawing hundreds of incredulous comments.

Ja Rule also claimed to be ‘in awe’ while watching the documentaries, which suggests he knew nothing about the details presented.  The rapper declined to be interviewed for either film.

The two documentaries, Hulu’s Fyre Fraud and Netflix’s Fyre: The Greatest Party That Never Happened, have been released in the past few days.  That blitz is stirring a huge amount of awareness around the disaster festival, including some of its victims — in particular Bahamian workers and business owners who were left unpaid by the festival fail.

In a series of tweets, Ja Rule claims that he was only a celebrity with a ‘vision,’ unaware of the on-the-ground problems and rampant fraud.

“So it’s impossible for me to TRUST someone with my vision and them completely fuck it up? And it wasn’t my money so when I asked questions I was lied to…”

The rapper further promised to “tell my truth real soon,” while noting that “I HAVE RECEIPTS!!!” (whatever that means).

Earlier, Ja Rule claimed that the issue around Fyre Festival was ‘false advertising,’ not ‘fraud’ while berating ‘hundreds of millennials who have never experienced true adversity’ for not toughing it out on the island.

Several months ago, Ja Rule also denied any culpability in a $100 million class action lawsuit against the festival organizers.  In that lawsuit, several pre-event Instagram posts were cited, including these (now deleted) updates:

“Fyre Festival looks set to be the biggest FOMO (fear of missing out)-inducing event of 2017.  Think Coachella x 1,000 and you’re still not even close.”

“The stage is set!!! In less than 24 hours the first annual fyrefestival begins #festivallife.”

Most of the respondents on Twitter are deeply skeptical of Ja Rule’s claims, to say the least.

“At what point did YOU know that the festival was going to be a disaster and attendees/workers/investors were potentially being scammed? Why did YOU say Fyre didn’t commit fraud only ‘false advertising’?”

Kyles also questioned how Ja Rule could shift from being an active participant to someone ‘in awe’ watching the documentaries.  “You went from the Fyre Festival being ‘your vision’ at 10:23 am to ‘I’m watching the docs in awe’ at 12:39 pm, as if you had no idea what took place in those meetings and on that island. Were you financially and logistically involved in the event or not?”

Others asked similarly pointed questions, without getting any substantive responses.

The denials from Ja Rule are obviously questionable, though it’s unclear if Ja Rule will face any criminal charges.  But most people seem focused on the victims on Exuma Island, in particular one Bahamian woman who was left in a desperate financial situation after fronting money for food for hundreds of attendees.

That woman, Maryann Rolle, is now the focus of a GoFundMe campaign that has already raised $130,000 (and counting).