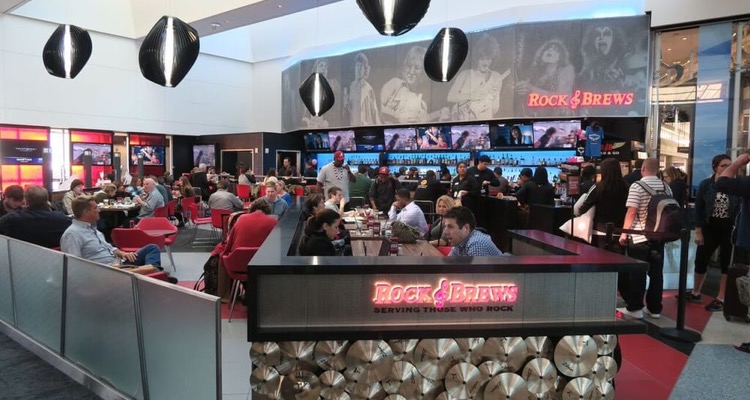 Paul Stanley and Gene Simmons of KISS have announced that all TSA employees can eat free at their Rock & Brews restaurants.

TSA employees can choose between a pulled pork sandwich or a strawberry fields salad at the restaurant.  Many of the duo’s Rock & Brews restaurants are situated in airport terminals.

In an interview with CNN, Stanley said the government must do more.

“The problem is when you’re leveraging the government and you’re shutting it down… Who is the government? The government is of the people, by the people and for the people. Who are you hurting? You’re hurting the people. These are the people who make this country what it is, and to see them in this horrendous position… Everybody — not just me; not just Rock & Brews — everybody can do something.”

Stanley further urged people to put their political affiliation aside to end the shutdown for more than 800,000 federal workers.  Stanley says that he has his own opinion on the shutdown, but he’s not going to share it because he’s “a rock and roller” and he “knows his place.”

Nearly a million federal workers have gone more than a month without pay.

Unfortunately, President Trump refuses to sign any budget agreement that doesn’t include funding for his southern border wall. Polling continues to suggest that the majority of Americans are opposed to the wall.

The latest freeze is now the most extended government shutdown in history.  Trump continues to signal that he will not sign any bill that does not include funding for the wall, essentially holding the government hostage.

Meanwhile, the State of the Union address looms.  Citing security concerns related to a stripped-down protection detail, House Speaker Nancy Pelosi has asked Trump to delay the address or to give it from the Oval Office. Earlier this morning, President Trump said he would deliver the address as planned from the House chamber.

The government shutdown is impacting millions beyond those employed by the federal government.

Those who receive federal benefits will likely not receive them. The Smithsonian and National Parks are struggling to deal with the massive costs of operation with no income.

That is stirring volunteerism of the sort Stanley and Simmons are activating, though of course neither will be paid back for their efforts.  But the effort to ease the obviously tragic situation could spur efforts by others to help out — and potentially ease an even greater crisis ahead.

So next time you’re out to eat or lingering on a layover, give Rock & Brews a try!