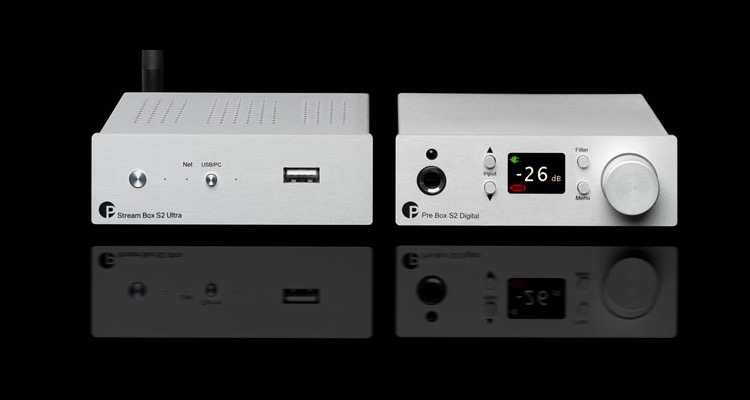 Pro-Ject is well known for its high-performance turntables, but now the company is debuting a HiFi music streaming device.

The Stream Box S2 Ultra is an “audiophile-grade network bridge” using a quad-core industrial version of the Raspberry Pi.

The device brings simplicity to the process of adding high-resolution music streaming to any traditional hi-fi system. With a USB connection to any DAC, HiFi music from Spotify, Tidal, Roon, AirPlay or local network music can be enjoyed.

It is limited to USB-A output and video-only HDMI.

The Stream Box is capable of handling any content compatible with your DAC.  It will also pass-through MQA files for unfolding by any MQA-capable DAC.

John Westlake, the designer of the device, says he placed emphasis on providing bit-perfect hi-res audio with no data manipulation. Raspberry Pi serves as the guts of the device while open-source software Volumio provides the brains.

If you’re interested in Westlake’s explanation for why he chose to base the device on Raspberry Pi, you can read the forum post here. Basically, Westlake says a beefed up Raspberry Pi was the best way to provide the processing power needed for a device that could be semi-mass produced in Europe rather than China.

Meanwhile, Pro-Ject’s turntable prowess remains strong, though it’s interesting to note that the manufacturer is now straddling both high-end physical and digital formats.  Both vinyl and high-end streaming are embraced by audiophiles, but not always the same audiophiles.

Indeed, the hifi streaming market is still being carved out, with players like TIDAL and Deezer hoping to match a future audience that craves better-quality streams.