RIAA Lawyers Botched a Big One Against FLVTO.biz — So What’s Next? 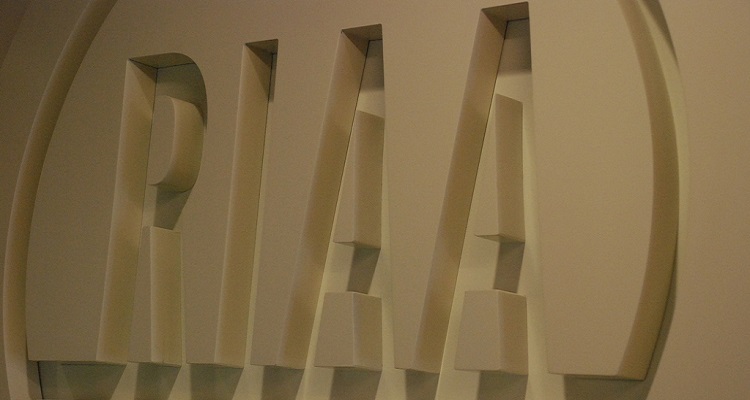 The RIAA received a stunning defeat at the hands of Russian stream-ripper, FLVTO.biz.  The decision could have far-reaching implications for US-based music, film, TV, fashion, and other IP-focused industries.

This was sort of like the Los Angeles Rams losing 45-0 to the Arizona Cardinals.  Not impossible, of course.  Just very unlikely — unless the Rams showed up hungover and skipped practice all week.

Which brings us to the Recording Industry Association of America (RIAA), which represents major label goliaths Sony Music Entertainment, Warner Music Group, and Universal Music Group.  In its latest battle, the well-funded RIAA squared off against a little-known site operator from Russia, and prepared for an easy victory.

The RIAA, aside from its own highly-paid executives and attorneys, contracted the pricey services of law firm Jenner & Block, a self-described ‘litigation powerhouse’.  The collective legal army went to war against tiny FLVTO.biz, as well as 2conv.com, both sites apparently owned by a guy living in Russia, Tofig Kurbanov.

At first, the RIAA and Jenner weren’t even sure that Kurbanov was a real person.  Apparently that’s the name the RIAA’s lawyers found on some DNS registrations, and that seemed to be the extent of the investigation.  The legal team filed against the shadowy operator — along with some mysterious ‘John Does’ — in the U.S. District Court for the Eastern District of Virginia.

The court is conveniently located a few miles away from the RIAA’s F Street offices in downtown Washington, D.C.

According to filings, it looked like the RIAA was trying to serve Mr. Kurbanov by email, instead of actually chasing him down.  The whole thing seems a little half-baked, until you realize the strategy at play.  Instead of hunting down Kurbanov, or whomever was actually operating these sites, the RIAA was actually hoping that nobody would respond.

Without a response, the RIAA would have scored a quick, default judgment against their overseas John Doe defendant.  Decisive decision in hand, the trade group could then force site blocks from ISPs, DNS providers, and search engines, and even recruit assistance from federal agencies like the FBI and Department of Homeland Security.

The resulting decision could then be used to intimidate other YouTube stream-rippers, many of whom are also operating overseas.

This isn’t a brand-new legal tactic.  Far from it.  And the results are glorious — at least from the perspective of the RIAA.  In effect, the plaintiff — in this case the major labels — get pretty much everything they ask for from a federal judge.

Mitch Stoltz, an attorney with the Electronic Frontier Foundation, described the strategy this way:

“These sites, run from outside the U.S., don’t bother appearing in U.S. court to defend themselves—and the labels know this. When one party doesn’t show up to court and the other wins by default, judges often grant the winning party everything they ask for. Record labels, along with luxury brands and other frequent filers of copyright and trademark suits, have been using this tactic to write sweeping orders that claim to bind every kind of Internet intermediary: hosting providers, DNS registrars and registries, CDNs, Internet service providers, and more. Some of these requested orders claim to cover payment providers, search engines, and even Web browsers. Judges  often sign these orders without much scrutiny.”

But what if the ‘John Doe’ defendant actually responds?

That would never happen — or so the RIAA and Jenner attorneys thought.  After all, is a shadowy individual (or group) in Russia (or wherever) really going to fight back, much less show up in a US-based courtroom?

Unless, of course, they do.  Which is essentially what happened with FLVTO.biz (technically, Mr. Kurbanov never appeared in person, because he doesn’t have a visa to travel to the United States).

It turns out that Tofig Kurbanov is not only a real person living in Rostov-on-Don, Russia.  He was also keenly aware of the legal action against him.  Despite the obvious jurisdictional issues — or maybe because of them — Kurbanov decided to respond.

And he responded in full force.  Kurbanov did his research, and ultimately hired three different law firms.  That included Val Gurvits of Boston Law Group, PC, who started scrappily fighting this case against the polished pros at Jenner.

Gurvitz, along with a team that included Virginia-based Sands Anderson PC and Boston-based Ciampa Fray-Witzer, LLP, immediately started going for the jugular.  They argued that this case was filed in the wrong jurisdiction, given that FLVTO and 2conv are based in Russia.

Virginia’s a nice state, but it’s connection to FLVTO is tenuous, at best, according to the defense.

Gurvitz’s team quickly moved to toss the case, suggesting that perhaps California would be the better venue given its proximity to YouTube and the music industry’s nerve center.  Jenner & Block fought back, arguing that somehow Virginia was an important market for Kurbanov, and beyond that, targeted by Kurbanov’s sites.

It was a stretch.  And it didn’t work.

Not only was Kurbanov ‘showing up,’ he came out swinging.  And the RIAA got knocked out in the first round.

“Due to the Court’s finding that personal jurisdiction is absent… the Court need not address whether transfer to the Central District of California would be appropriate as that venue would also be without jurisdiction,” Hilton opined.

The RIAA was stunned.  The group’s PR person, Jonathan Lamy, was still on vacation.  Another exec, Cara Duckworth, told us that the organization hadn’t decided their next step.  She was just digesting the decision herself.

Gurvitz said he expects the trade group to appeal.  But instead of a slam dunk, the RIAA is now battling to protect a major litigation weapon against alleged copyright infringers.  The decision not only dims the RIAA’s hopes of defeating FLVTO.biz, it also raises serious questions about whether other industries can use the same absentee tactic.

“All too often, plaintiffs file actions in US courts against foreign defendants that have no connections with the US – and all too often foreign defendants are subjected to default judgments for failure to appear in a US court,” Gurvitz told us.  “We are happy we were able to defend our client from having to defend this action in a US court thousands of miles away from where the relevant business activities take place.”

In the short term, Kurbanov is now free to operate FLVTO.biz and 2conv.com with impunity in the United States, and pretty much anywhere else in the world.  But the RIAA’s expected appeal is now far more important than a pair of YouTube stream-rippers, thanks to an extremely inconvenient jurisdictional precedent.

Aside from the ethical qualms, the problem with the RIAA’s legal tactic is that there was a small chance that the shadowy Kurbanov would fight back.

Now, that little miscalculation could change the face of anti-copyright litigation forever.